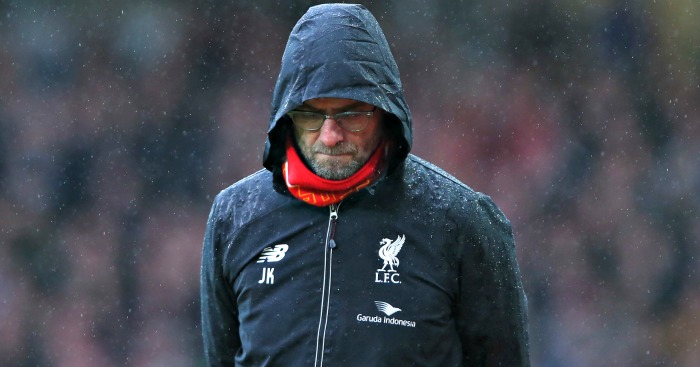 New year, same talking point. Headlines such as ’20 players this club should target in January’ and ‘where does this club need to strengthen?’ pervade the footballing vernacular once more, rendering the first half of the Premier League a mere preamble to the actual spectacle: the January transfer window.

It epitomises a quite clear divide in terms of Premier League managers. Some treat the January transfer window as an opportunity to rectify mistakes made in the summer, to sign a raft of new players in the hope of rescuing a troubled season. Others look to promote competition throughout the squad in the hope of maintaining a run of good form. Many others treat it with contempt – an unnecessary distraction in the middle of the season. Prices are inflated, selling clubs are difficult to deal with, and suitable players are in scarce quantity.

In the latter bracket falls one Jurgen Klopp. The German makes no effort to hide his clear disregard for the literal window of opportunity. Klopp is one manager who would rather trust his existing players, wishing not to disrupt them with new arrivals. Only in the case of emergencies would Klopp act.

Just three months into the job at Anfield, that has very much been the view from Klopp on mid-season signings. “I can understand why everybody makes January transfers,” he told the BBC this week. “It seems to be the only possibility everyone is satisfied with. It is impossible to say ‘No, we won’t do it’. I can understand that other people feel pressure. It is better to do something than to stay together so you can buy somebody and say ‘I tried’. You take a player for a horrible or crazy price to say ‘we did it’, and not be sure he can help you, because you cannot be sure.” The message is clear: there will be no signings for the sake of signings. But could a sixth defeat of the league season change Klopp’s mind?

Against West Ham, Liverpool were poor. The hosts were excellent, a battling performance rewarded with a rise in position to fifth in the table, at least temporarily. But as good as the Hammers were, Liverpool were every bit as tepid. The defence lacked confidence. The midfield lacked drive. The attack lacked edge. Two wins and two clean sheets over Christmas lifted morale; another loss where they were outfought and out-thought subdues it. The common theme under Klopp: one step forward, two steps back.

It’s why the spectre of the transfer window looms with such intensity. This is a Liverpool side built by Klopp’s predecessor, so very flawed in its structure. Should the absence of captain Jordan Henderson have such an adverse effect? Is Alberto Moreno good enough as a long-term left-back? Will the Christian Benteke experiment ever work? Would any other club harbouring aspirations of Europe ‘boast’ substitutes such as Adam Lallana, Brad Smith and Joe Allen. Match-winners they are not.

There is no denying the January window is a difficult one to negotiate. For every Nemanja Vidic there is a Fernando Torres. Each Gary Cahill serves as a reminder of an Eric Djemba-Djemba. Liverpool alone provide a glimpse into its unpredictability, with the undoubted successes of Luis Suarez and Javier Mascherano offset by Andy Carroll and Fernando Morientes in recent years. It is often a risk not worth taking, but when it works, it works.

Some will therefore find Klopp’s reluctance to spend frustrating. Liverpool so obviously need reinforcements, perhaps in every area. Injuries are taking their toll, but Simon Mignolet can surely be improved upon, the defence and midfield is often over-powered and error-prone, and of the five players used as a striker this season, Benteke has been by far the most disappointing. There are problems throughout this squad.

“We try to be prepared all the time but this window in January isn’t the easiest one,” Klopp said before Christmas. “There are big prices on the market. I’m not the biggest friend of the January window but if we have to react, I will react. Maybe if a player leaves us, I don’t know. It’s not a situation I want, though. We have a lot of games during the transfer window. We aren’t planning on getting more players and more players and more players. But if we have to react we will.”

If Klopp’s comments are not to be believed, history proves that Liverpool fans should expect little player turnover this month. In seven January transfer windows at Borussia Dortmund, Klopp signed just four players, never more than one in any given window. Two were loans until the summer. Since 2009, four of seven winter windows have passed with Liverpool conducting no business, including the last two under Rodgers.

The Reds have won just two of their last six Premier League games, and the gap to fourth place could be increased to eight points by Sunday evening. Memorable victories over Chelsea and Manchester City provide evidence of the positive effect of Klopp’s high-intensity style, but the drawbacks are clear. In 15 years of football management, this is Klopp’s first experience of a winter with no break, and his players are suffering. The German rarely reacts in January because he has never had to. Until now.