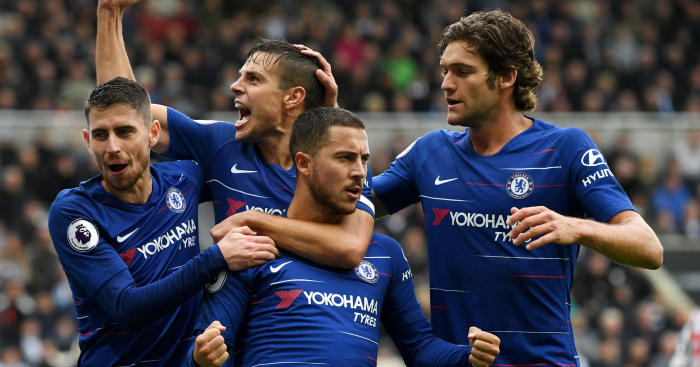 Liverpool hope to keep their perfect Premier League start alive when they travel to Stamford Bridge to face unbeaten Chelsea.

The two sides faced off on Wednesday in the Carabao Cup, but will field much stronger sides in league action. Read our five big questions ahead of the game here.

Eden Hazard decided that cup tie with a sublime winning goal, and Klopp must find a way to nullify that threat at the weekend.

“I know exactly how good he is,” said the Liverpool manager. “He’s a special player and he enjoys these one vs one situations. I didn’t need that game to find out about that.

“If we had one 100% challenge out of the four or five we had, he wouldn’t have been able to do what he did.

“Stop passes to him? Good idea? Being close? Good idea, but he likes players being close sometimes.

“We all know we could have stopped that goal but he used that situation. No player is not defendable. We have to close the right spaces.”

Asked whether Jorginho also poses a threat, he replied: “That’s very important. How do we defend these two?

“Then Willian is there, then Kovacic is running like a Formula One car, and don’t forget Kante!

“They’re all important, so let’s try to be at 100 per cent. When we play football we cause teams problems.”