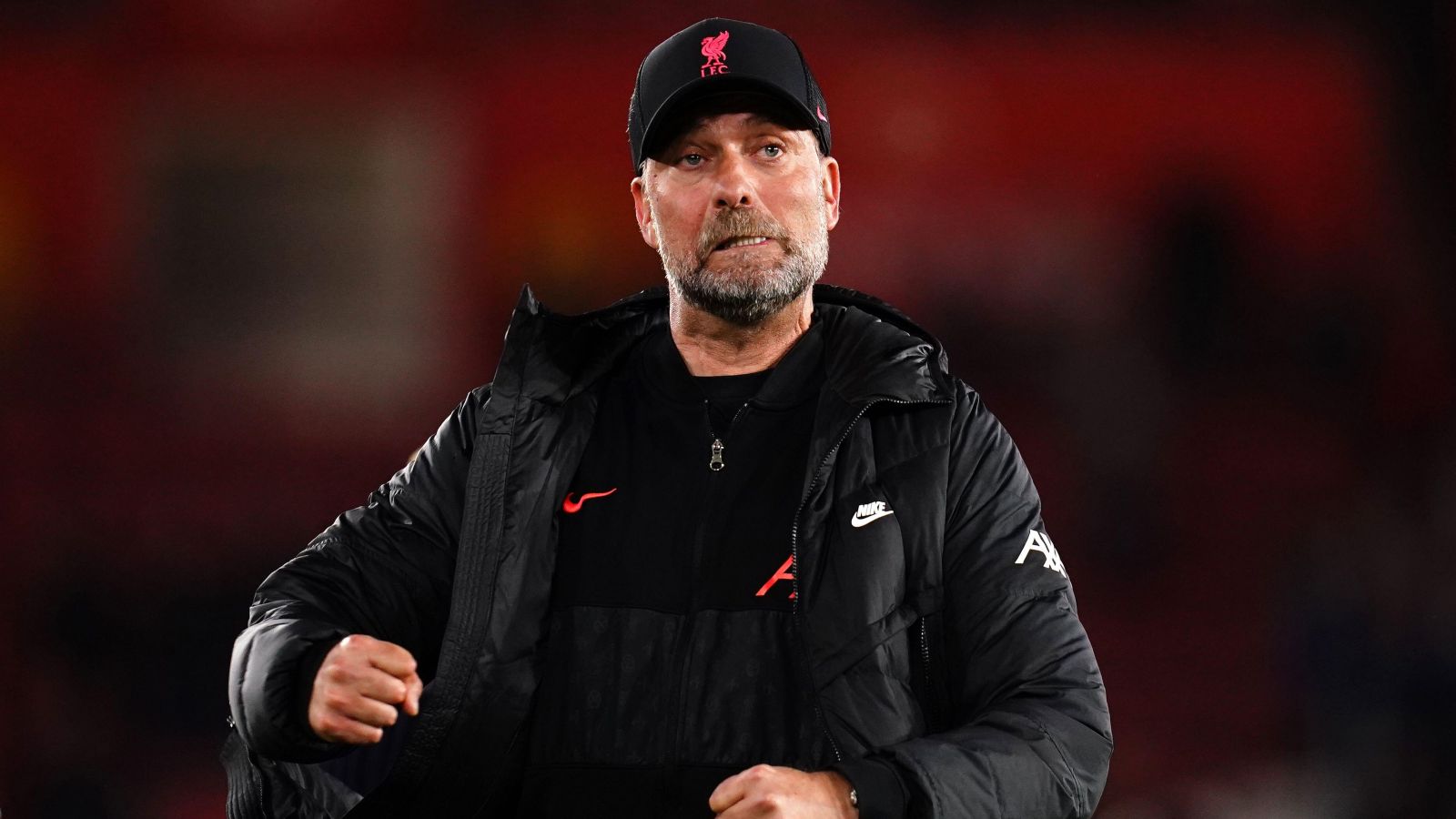 Jurgen Klopp hailed his “Ferraris in the garage” after much-changed Liverpool took the Premier League title race to the final day of the season but Alex Oxlade-Chamberlain still couldn’t get a game as they beat Southampton 2-1.

Nathan Redmond’s superb solo effort threatened to hand the title to Manchester City but the visitors battled back and moved within a point of the leaders thanks to goals from Takumi Minamino and Joel Matip.

“Making nine changes, if it hadn’t worked out it would have been 1,000 per cent my responsibility,” said Klopp.

“Now it worked out and it’s 1,000 per cent the boys’ responsibility because I can ask for a lot, the boys have to do it and I thought they did it exceptionally well.

“I am so happy about the performance. It was a bit touching, honestly. You think: ‘Wow, these boys.’ It is like having Ferraris in the garage.

“You let them out and they do it like this. Harvey (Elliott), I’m not sure the last time he played, Curtis (Jones) no rhythm, he has only played from time to time, Takumi Minamino, it is a crime he is not playing more often.

“Oxlade-Chamberlain did not even play and he is in outstanding shape. It is really tough for the boys sometimes. Whatever happens this year happens because of this group. They are exceptional and they have showed that again.”

A top-class finish from @takumina0116 to level things up last night 👌 pic.twitter.com/dgfLE0QIxi

Liverpool, who remain in contention for an unprecedented quadruple, will welcome Wolves to Anfield on Sunday, hoping Steven Gerrard’s Aston Villa can do them a major favour away to Manchester City.

Having already lifted the Carabao Cup and FA Cup, Klopp will hope to welcome back some of his star men for the tantalising weekend climax before turning his attentions to the Champions League final with Real Madrid on May 28.

“If I was in the other situation, then I don’t feel like I am champion already, that is how it is,” he said.

“From my point of view in second you are thinking that of course City will win that game. But it is football.

“We have to first win our game. It is not like we are talking about Wolves like they are not there.

“It is possible, not likely but possible. That is enough.”

Goalkeeper Alisson Becker and defender Ibrahima Konate were the only men retained from Saturday’s penalty shoot-out success at Wembley, during which Van Dijk and Salah were forced off with knee and groin problems respectively.

Liverpool lost Joe Gomez to injury on the south coast but his manager was upbeat about the issue.

“I hope we are lucky – Joe himself has pain but not too much,” said Klopp.

“He got a real shock to the system but he’s sitting in the dressing room and when I spoke to him he was in a good mood. I think we probably were lucky but we have to figure that out.”

Defeat for 15th-placed Southampton was an eighth in 11 league games.