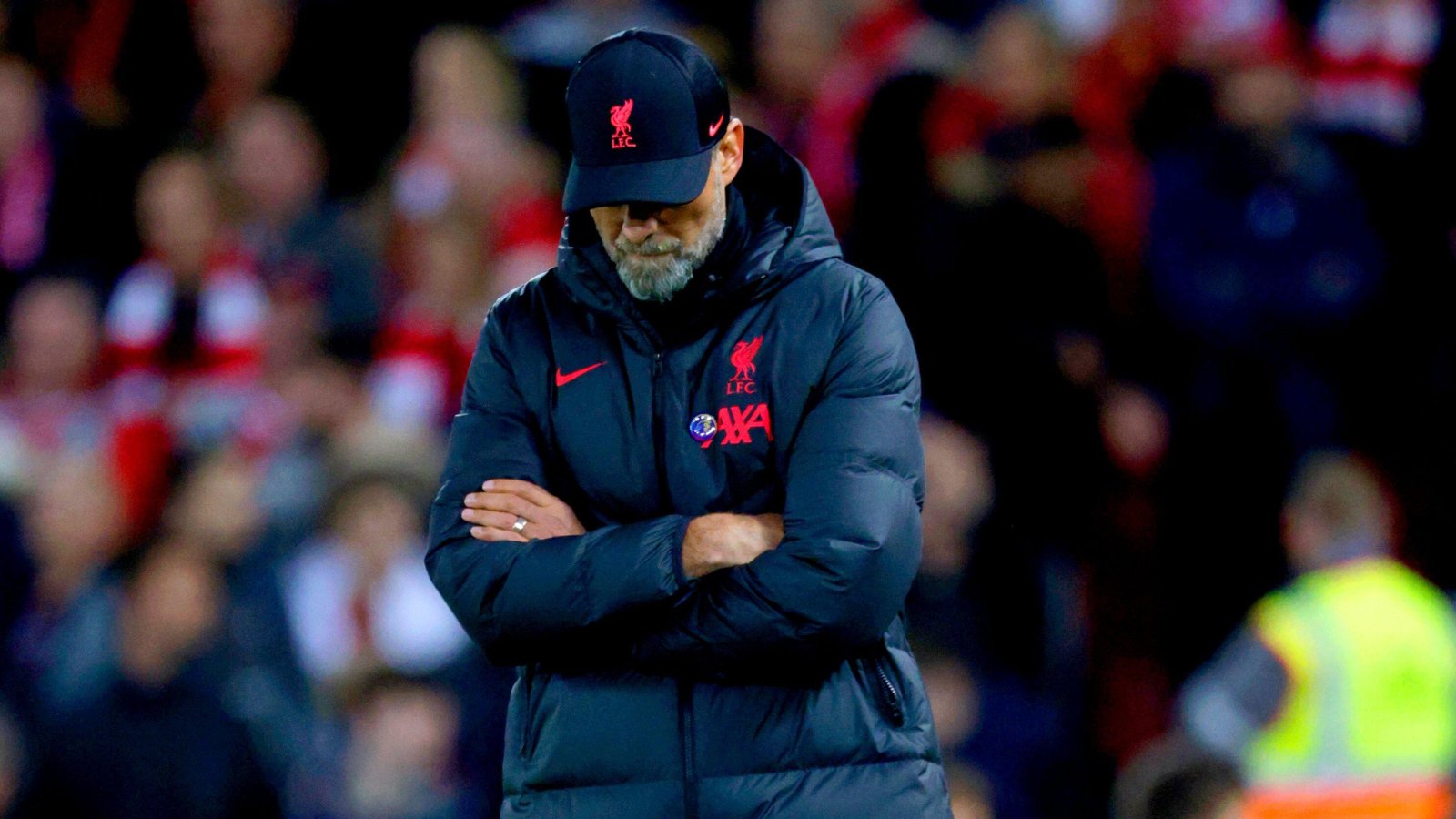 Liverpool boss Jurgen Klopp admits that he has probably “overplayed” some of his players this season after they lost 2-1 to Leeds United on Saturday evening.

The Reds were beaten at Anfield in the Premier League for the first time since March 2021 with Crysensio Summerville gave Jesse Marsch’s outfit a much-needed three points.

Mo Salah’s strike cancelled out Rodrigo’s fourth-minute opener to send the sides into the half-time interval on level terms before Summerville took all three points back to Yorkshire when he nipped in to poke the ball past Alisson with less than a minute of normal time to play.

Liverpool failed to build on their 3-0 victory over Ajax in the Champions League on Wednesday night and that is now back-to-back Premier League defeats for Klopp’s men, who lost to Nottingham Forest last weekend.

Speaking after the match, Klopp told Sky Sports: “It was a set-back, absolutely. I thought we had a really good start then conceded a freakish goal.

“We scored the equaliser but for some reason it didn’t give us the security back. We struggled to control the game and gave too many balls away.

“The boys tried, we had good possession and had big chances but, in the end, if it is 1-1 and you defend the situation around the second goal like this, you leave everything open.

“In the end, it was two versus one in the box and they can finish off the situation. The problem is we cannot control this type of game at the moment.”

Klopp added: “In this situation [for Leeds’ second goal] it is unlucky, it happens. We had a similar situation before that we didn’t use.”

When asked how he could fix the problem, Klopp continued: “Maybe some players are overplayed, Harvey [Elliott] has been exceptional for us this season. He had a good start but couldn’t keep it going. Thiago has been ill, up front the same [players] play all the time – they are the three strikers we have left. We have to fight and that is what we must do.”

On whether it is individual errors costing his team, Klopp replied: “A team performance is always made up of individual performances. One leads to the other. You can watch this game completely, you cannot defend like we did for the second goal but we did, that’s why we lost. Otherwise, it would have been a point and we go from there. Now we have nothing and it feels completely different.”

On whether Liverpool can recover from their loss to Leeds, Klopp added: “We have to bring our quality on to the pitch and we fight against it. We had problems from the first day, injury wise. Players have had to play from the first day. It’s our situation and it means we have to help ourselves, and that is what we will do.”