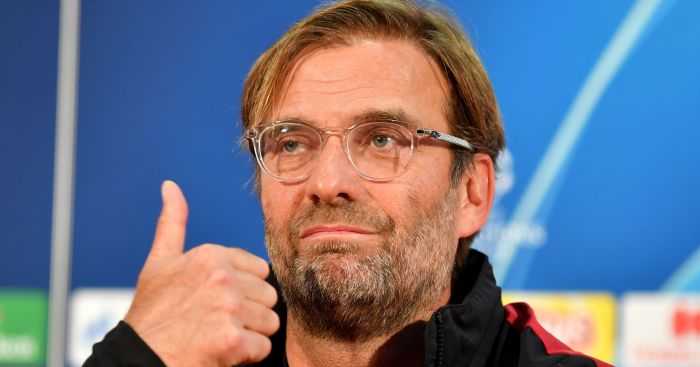 United travel to Liverpool on Sunday in the hope of bridging a current 16-point gap to the current Premier League leaders. It is our game to watch.

While Liverpool have dropped just six points all season in the league, United have dropped almost as many (22) as they have actually won (26).

Despite their struggles, Klopp is not about to underestimate a side five places below them in sixth.

“I’ve never been interested in the points of Manchester United,” he said.

“I’ve been aware of the criticism but when we analyse and switch off the sound there is a lot of quality, technique, strength.

“De Gea in the goal. Rashford and Lukaku, Lingard too is unbelievable.

“We don’t judge the points they have, just the quality.”