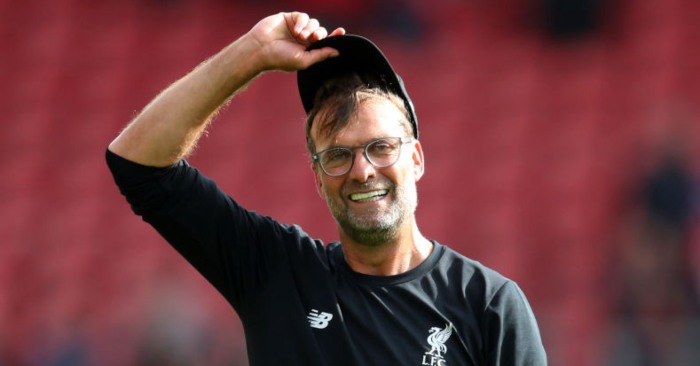 Jurgen Klopp wants Steven Gerrard to replace him as Liverpool boss when he eventually leaves his role at the club.

There is no suggestion the German will leave his post anytime soon after winning the Champions League last campaign, while also narrowly missing out on the Premier League title.

This season has started in the same vein with Liverpool getting off to a perfect start in the league with six wins out of six.

And Klopp reckons Gerrard would be able to continue his good work when his time at the club comes to an end.

“Kenny and Stevie have both been a really big support from day one,” Klopp told FourFourTwo.

“Second, my position as a manager has nothing to do with the people around me. If Liverpool were to sack me tomorrow, then maybe Kenny would be the first choice to replace me, but they would probably bring Stevie down from Glasgow.

“If you ask who should follow me, I’d say Stevie. I help him whenever I can. If someone gets your job, it’s not about them, it’s about you not being good enough.

“I’m old enough to know that I give this job everything. I’m not a genius, I’m not perfect, but I give the club 100 per cent. If that’s enough, great. If it’s not, then it’s just the problem of the situation.”