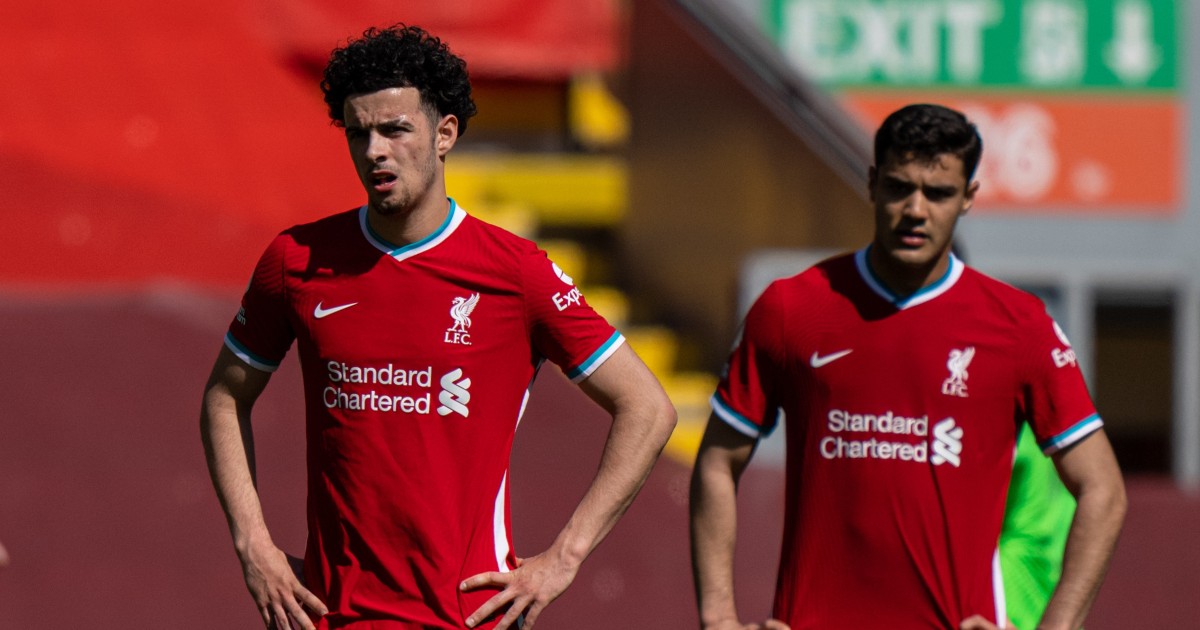 Jurgen Klopp believes he has been proven right in choosing not to send Liverpool midfielder Curtis Jones out on loan.

Jones has reemerged as a crucial part of this Reds team, playing important roles from the start against Brentford in the Premier League and Porto in the Champions League.

Having made his senior breakthrough under Klopp in 2020, Jones had his rise subsequently stalled by injury.

But the midfielder has taken the opportunity provided by Harvey Elliott and Thiago’s unavailability to underline his Liverpool credentials again.

Former Liverpool striker Michael Owen feels Jones needs “a long run in the team” for “the sake of his career” at Anfield, with Klopp simply happy his decision not to send the academy graduate out on loan has been justified.

“He was the full package against Porto, offensively and defensively. Yes, he’s in a good moment,” Klopp told Sky Sports.

“People have asked me a hundred times, ‘Can he go on loan? What about going there to get more match practice?’ No, let him be here.

“That’s the good thing about being really committed to the club as a young boy. He will maybe not have 30, 40 games a season at 18 or 19 but he can still learn so much.

“I didn’t want to let him go to play maybe 30 games in League One. I wanted him here so that he learns our football. And that’s what he did.

“You can learn that off-the-ball work when you stay here because we insist so much on it. For a No. 10 who, for all his youth was involved always on the ball, to get that into your DNA is not easy. It needs time.

“It’s our job to give him all the information we can about the game – offensive, defensive – but when you are around the first team at 17, you have more time to absorb it. I’m really happy we’re now seeing the results on the pitch.

“It’s a complex position because you’re threatened from all directions, you’re in the closest spaces, you have to have the best awareness.

“You have to be influential defensively and offensively. You have to set the tone. How we press changes mostly from the midfielders – do they jump in high or not, do they step back? How we attack depends on them too; they have to be the most flexible – in the half-spaces, on the wing, dropping in – that’s why it’s so complex.”