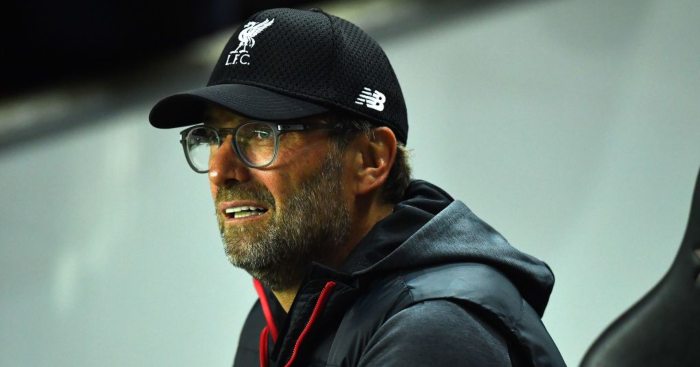 Jurgen Klopp thinks Bramall Lane is the “only advantage” that Sheffield United will have over Liverpool in the Premier League this weekend.

The Reds travel to Sheffield to take on the Blades in the early kick-off on Saturday, who have made a decent start to life back in the Premier League.

Klopp’s side are heavy favourites for the fixture having won all six of their Premier League matches so far this term but the German boss insists his side must still fight and run as much as the Blades.

Klopp told reporters: “We are considered as a top team we don’t want to behave like one.

“The only advantage they have is their stadium, it is not allowed they fight more, run more. We go there for the first time and I am really looking forward to it.”

Klopp on Sheffield United boss Chris Wilder: “It’s incredible what he is doing. We are still analysing them and they are really interesting.

“Aggressive, good pressing when they have the ball are interesting patterns with overlapping CBs. 4 years in England I don’t know all the clubs but they are big.”