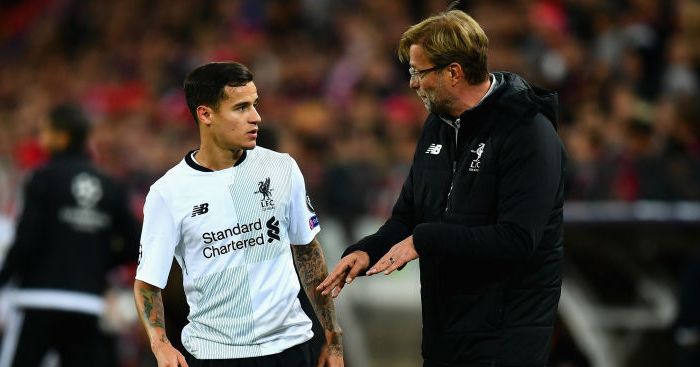 Jurgen Klopp says Liverpool “could not afford” to bring Philippe Coutinho back from Barcelona.

Liverpool sold Coutinho to Barca for a fee that could rise to around £142m in January 2018.

The Brazilian struggled to settle in Spain however, and has joined Bayern Munich just over 18 months later.

Liverpool were linked with a move to bring their former player back, and while Klopp suggested they considered the option, he stated that they “could not afford it”.

“It sounds a bit strange, but we could not afford it,” Klopp told Goal.

“We have already spent the cash that we got for him.

“We were reluctant to hand him over [last January], but Barcelona forced us with money, so to speak.

“The move makes sense for both sides. He’s a super player and a great boy.

“He is a world-class footballer who can change games in the right environment.”