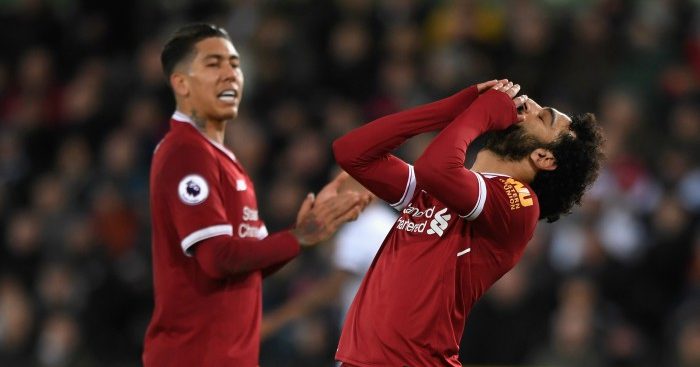 Jurgen Klopp believes Mohamed Salah would be a worthy winner of the player of the year award – but what matters to the Liverpool manager most are the trophies the team collect.

Egypt international Salah took his tally to 32 for the season – his haul of 24 in the Premier League matches that of Tottenham’s Harry Kane but has been compiled at a better rate of one every 92 minutes – in the 2-0 win over Newcastle during which Sadio Mane was also on target.

Salah has now scored in 26 competitive club matches this season, more than the likes of Paris St Germain’s Edinson Cavani (24) and Barcelona’s Lionel Messi (20) in the big five European leagues.

Kane and Manchester City’s Kevin de Bruyne would appear to be the main rivals for Salah, who was named the African player of the year in January, for the individual award.

While Klopp feels all would be worthy winners he takes little interest in such debates.

“There is no doubt Kevin de Bruyne plays a nice season and Mo plays a really good one as well – but not only him there are a few more players,” he said.

“In our team I like a lot what we did so far but I don’t have to make the decision.

“For me (individual) trophies mean absolutely nothing but winning a title with a team is different.

“But I really respect it and if he can win this competition he deserves it.

“We have to make sure he can keep on going in this shape and be important in decisive areas and score goals for us.”