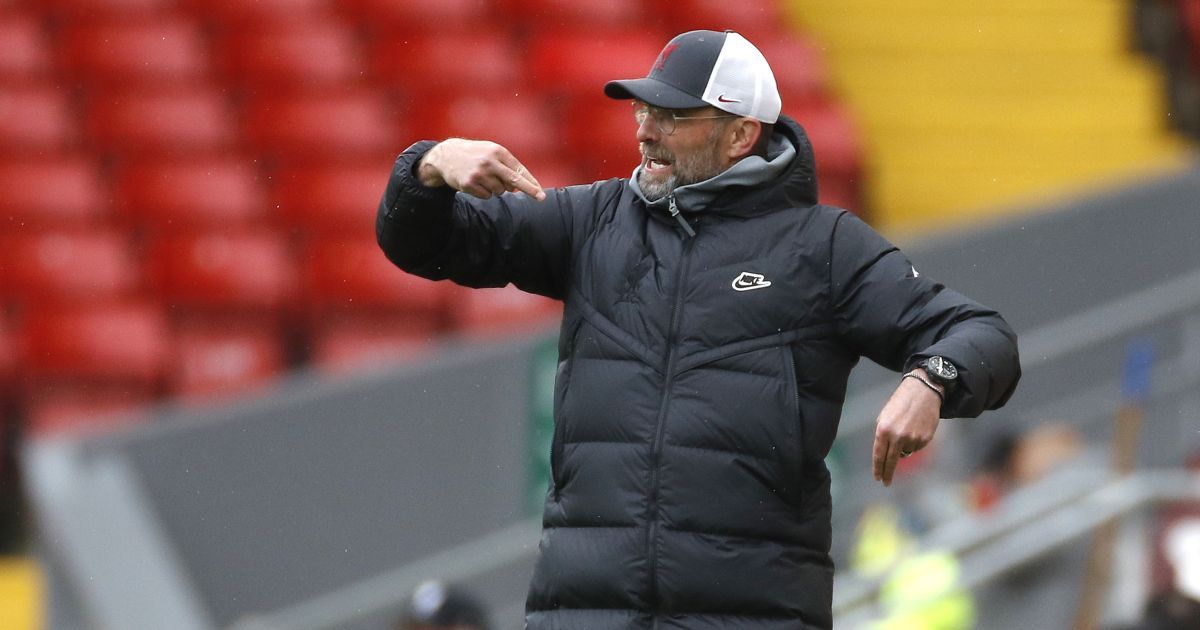 Liverpool boss Jurgen Klopp is ready to change his system ahead of the new season as he looks to get the best out of Thiago Alcantara, according to reports.

The Spaniard was criticised at times last season for his performances – although he became influential towards the end of the campaign – following his summer transfer from Bundesliga giants Bayern Munich.

Long-term injuries to Virgil van Dijk and Joe Gomez were a key reason behind their struggles, while Sadio Mane and Roberto Firmino weren’t as much of an attacking threat as they have been in previous seasons.

And now Football Insider claims that Klopp is ‘planning to change the Liverpool system’ in time for next campaign with Thiago to be ‘the heartbeat of the team’.

The German boss ‘is looking to use some of pre-season to try out Thiago, 30, in a playmaker role behind the front three.’

With Fabinho and Jordan Henderson filling in at centre-back on a number occasions, Thiago was deployed as a deep-lying central midfielder but Klopp is keen to push him further forward.

However, Klopp and his coaches at Liverpool reckon Thiago is ‘most effective when he is dictating the play higher up the pitch’ with his passing ability.

Meanwhile, Thiago replaced Manchester City midfielder Rodri on 65 minutes in Spain’s 0-0 draw against Sweden in their opening match of Euro 2020.

But the Liverpool star was slammed by the Spanish press after the match with Luis Enrique’s side failing to break down Sweden despite enjoying 85 per cent of possession.

Marca were quoted as saying: “He entered in the second half. He wanted to be the protagonist but he alternated good circulation with erratic passes and wrong decisions. He did not show arguments to be a starter.”