Home Mailbox Klopp’s not a d**k, he’s a winner and ‘pesky Fred facts’ 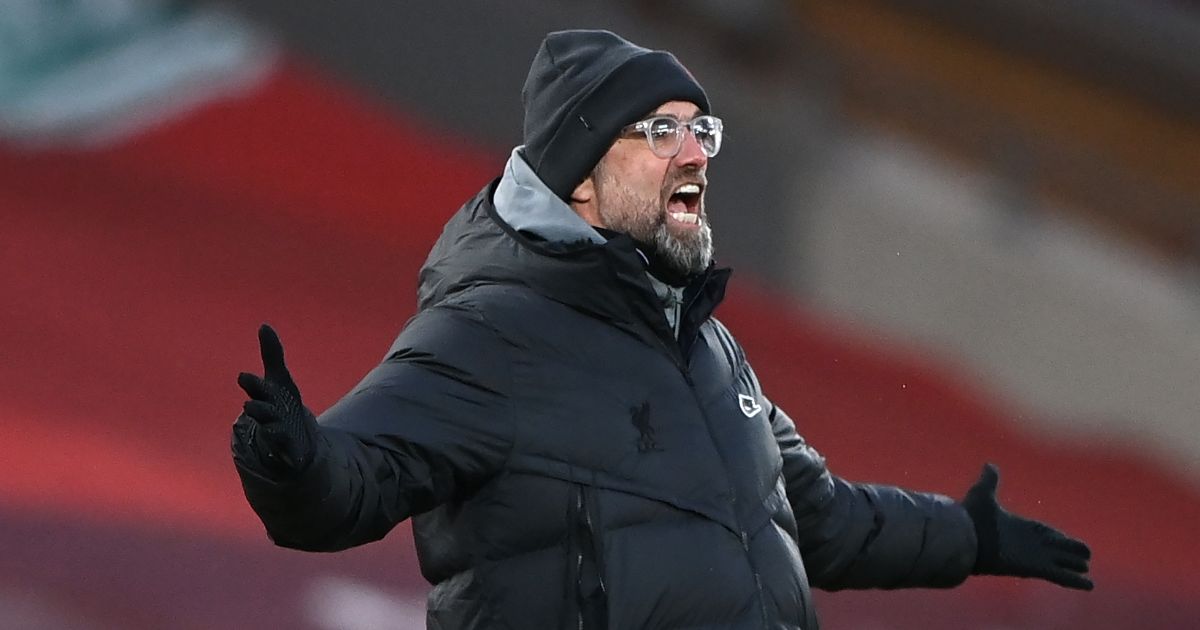 Keep the mails coming to theeditor@football365.com.

Liverpool nonsense
Mick from Cardiff is just repeating the same nonsense I see from United fans all over Twitter. They keep referring to the fact that Liverpool fans can’t complain because United played Carrick and Fletcher at CB in the 09-10 season completely ignoring the fact that they still had Vidic, Evans, O’Shea and Brown for most of the season. Why are they acting like Fletcher and Carrick started more than 5 games together at CB? You’re bringing up one off games where they had to play players as if they were fielding these lads every week. De Laet played 2 league games that season. VVD played 5. Gomez played 7. Matip played 10. Rio Ferdinand managed 13 that season. Vidic played 24. Evans played 18. You see the difference?  Another nonsense that they constantly bring up is that they were robbed the league by 1 point because Drogba scored an offside goal at Old Trafford as Chelsea beat them 2-1 and they conveniently leave out the fact that their goal came from a handball off Macheda. Yet again as I’ve mentioned numerous times United fans have an interiority complex and see themselves as plucky underdogs and not one of the consistently biggest spenders in the league every season for the last 30 years.

Do people genuinely expect Liverpool fans not to be pissed off or moan about the situation. It’s very unfortunate and everyone will say that they are making excuses but literally every fan makes excuses. This shite too about Klopps mask coming off and that he’s a horrible person based on recent interviews… have you seen Wenger, Mourinho, Pep and Ferguson? They’re all sore losers but they’re great managers. The fact that he’s managing a team you dislike doesn’t mean he’s a dick.
Dion, Arsenal.

Pesky Fred facts
I fully get the opinion that Fred is a bit shit and shouldn’t play for United but there are a few pesky facts. His pass completions percentage is high within the team and only AWB completes more tackles. Also, quite weirdly, United have only lost one league game in which he has started, and in that he was subbed off before Arsenal scored. Ok, he had a bad day against Paris at Old Trafford (how he wasn’t subbed before the second yellow we’ll never know) but he was nowhere near the horror shows against Istanbul and Leipzig away, or Sheffield United at home. United are much better with Fred in the team usually.

However, that doesn’t mean we wouldn’t be better with A.N. Other defensive (ish) midfielder, particularly given the number times the opposition manages to dribble past Fred. I don’t necessarily think that man is Van de Beek though. Much like the other “legends” in F365’s list today, he doesn’t look like a fit at United at all. Given his performances, demeanour and Ole’s reluctance to play him, I would even question whether he’s a bit unpopular in the dressing room?
Ash Metcalfe

Fred is one of the worst ever signings at MANU. He needs to be sacked.

Overall Man United current performance 4/10. The way United play, with all their back passes and failed passes, it will take them 5 more years to win the title. United is far behind Man city, the way Man city play. The back line is useless at times with De Gea making uncalculated mistakes and conceiving goals and making United lose 2 valuable points.
T.B

Give Donny time
I find it sad that we are so quick to label players as flops after half a season. For a website that will sometimes preach patience, warn against knee-jerk reactions and consider the human side of the game, it’s highly hypocritical that you would basically call Van De Beek a failure because he’s not Bruno Fernandes. Fred was the same when he joined Utd and he is now very much integrated. Same for Fletcher, mocked and put down as he was still trying to develop into the very useful player he would later become. Give players time. Van De Beek was hardly brought in as a player whom we would build around. He’s obviously a talented player and looks like he wants to work hard and is humble. Give him time before rushing to judge (applies to fellow Utd fans too). Why is everyone so impatient these days? Everyone and everything has to be deemed a success or a failure immediately. There are no margins for letting someone grow or develop or integrate. Utter nonsense.
Monty (if you mention the price, then you obviously know nothing about how transfers work), MUFC

Worst pitches?
Through to the Quarter Finals of the FA Cup, not much else to say other than Kepa was solid, great to see a smile back on his face, Tammy changed the game when he came on and overall it was very much a typical FA Cup tie at a lower league club.

I must say that the pitch was one of the worst I’ve seen in recent years, which begs the question what is the worst pitch fellow Mailboxers have ever seen? Feel that would make an interested Friday afternoon read, or even F365 could do their own article on dreadful pitches.
Mikey, CFC

Sportsmen not spoiled brats
I am a senior and I am sure that any bump from any football player would have me on my backside but I get really angry when I see theses super fit 20/30 year olds young men fall to the floor at the slightest touch. They fall and scream, roll around clutching their leg or whatever like a 3 year old all the time looking at the referee. When they realize the good referees are ignoring them they get up and do the fake 3 step limp and carry on as normal. These players are spoiling the beautiful game and are an embarrassment to themselves and the team and manager. Another thing that I find really disgusting is when one player cheats to earn a penalty and his teammates come over to congratulate him. Let’s get back to being sportsmen and not spoiled brats.
Jim White Ontario Canada

A one vowel XI
Judging by the comments on recent Mailboxes, some readers have become bored of the ubiquity of Liverpool/Man Utd are good/bad mails of late. It’s not clear if this is editorial preference from F365 or if the less mainstream mails are no longer being received (maybe some sort of unexpected lockdown effect?). Certainly the novelty XIs and missives from far flung leagues seem to have dried up versus the past.

Anyway, in response to that, this is a call to arms for people to send something more interesting than ‘Fred vs VDB’ or ‘Klopp’s mask is slipping’. People should have a bit more time for creative thought, at least those in the UK lockdown, and god knows we need a bit of distraction.

To kick things off and provide a bit of inspiration, how about your best football related sliding doors moment (eg ‘I had trials for Norwich City but on my way there I slipped on a hamster and now I’m an accountant. But I ended up married to the hamster’s owner’s cousin’) or your best XI using only one vowel (Adams, Kaka…).

Go on, cheer us all up.
Shappo

Mailbox slipping?
Well, in this morning’s mailbox, I only counted two references to Trump.  This tells me that:

1)      The mailbox is really slipping here.  I really expect more football outrage followed by “…but Trump…” and

I get it, he was a someone a lot of people didn’t like but I’m wondering if the mailbox compiler actually looks for Trump analogies to publish.  Also, does the complier consider that a lot of people actually liked Trump for his policies.  If not, perhaps Pauline Kael’s famous quote should be considered here.  Trump is also out of office.

Frankly, it’s getting a bit old and I’d like to see us get back to using analogies that are relevant today.  Can we at least get back to the Boris Johnson, Tory, capitalists analogies that make the mailbox feel so. so good.  I come here to read about football, not political rants or jibes (and even that’s getting harder everywhere you turn.)  Someone I know said it best, “Politics ruins everything it touches.”  Never a truer statement.   I’ve written in several times here and gratefully, I’ve been published a few times.  I’ve never considered to use political topics to make a point about my football club of football in general for the very reason is that it turns most people off, regardless of their political persuasion.

If you choose to publish this, I know you’ll get a LOT of responses from the usual suspects and maybe some unusual ones.
TX Bill (yes an Everton supporter, no, not a socialist and not Labour.  Absolutely shocking I know. ) EFC