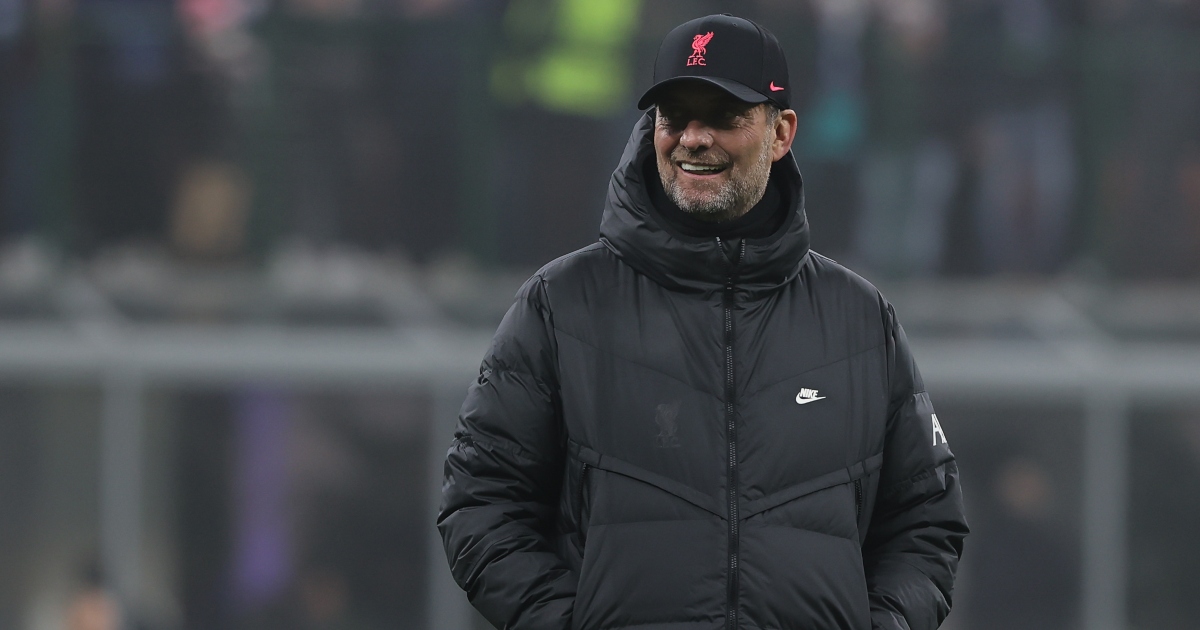 Liverpool boss Jurgen Klopp has insisted he is not thinking ahead to Sunday’s Carabao Cup final against Chelsea and is only focused on Wednesday night’s clash with Leeds.

Liverpool have the chance to close the gap at the top of the Premier League table to just three points when they take on a struggling Leeds side and it has been suggested that Klopp may rest some key names ahead of their trip to Wembley.

Klopp’s side beat Norwich at the weekend with Trent Alexander-Arnold, Andy Robertson, Thiago and Fabinho all left out of the starting line-up.

However, the German boss has revealed his team selection for the Leeds fixture will be based on that game and not to final on Sunday.

“I didn’t think about it because the one thing I’ve learned is it doesn’t work for me to have two or three games in my mind.

“We try everything for this game and that’s what we did against Norwich. We made the changes not for the Leeds game or the final, we needed fresh legs for the intensity of this game and some players were ready for a rest as well.

“That’s exactly how we will do it now. I don’t even try to think about the game after.”

Leeds come into the fixture in poor form and were beaten by bitter rivals Manchester United last time out but Klopp is wary of the threat they pose even without a number of key names.

“They are missing a few decisive players for them. Patrick Bamford, [Liam] Cooper and [Kalvin] Phillips is pretty much their spine, and I know how much it can hurt you if you lose these players. I expect exactly the same attitude and they play all in.

“They had a tough run in late December when they had a few knocks but that is over and since then the results have been much tougher.

“The Aston Villa result [3-3] was spectacular. Villa thought they were through and they weren’t because Leeds came back. Manchester United went up two and then you come out, and if you went for a drink at half time, you probably missed both of Leeds’ goal.

“Then Utd turned it around again but it’s a really tricky one. I hope we, as a unit, with our supporters will be really difficult to beat and that is what we have to do.”

Klopp also revealed Liverpool are still waiting of the availability of forwards Diogo Jota and Roberto Firmino for the cup final, but they will definitely miss Wednesday’s fixture.

“For tomorrow no chance and for the final we will see. I don’t know at the moment.

“It will be easier for me to say no now but they are pushing.

“They’re not on the pitch for training which is not a good sign.

“We have to see what we can do with the boys in the next few days and then we’ll make a decision later in the week.”