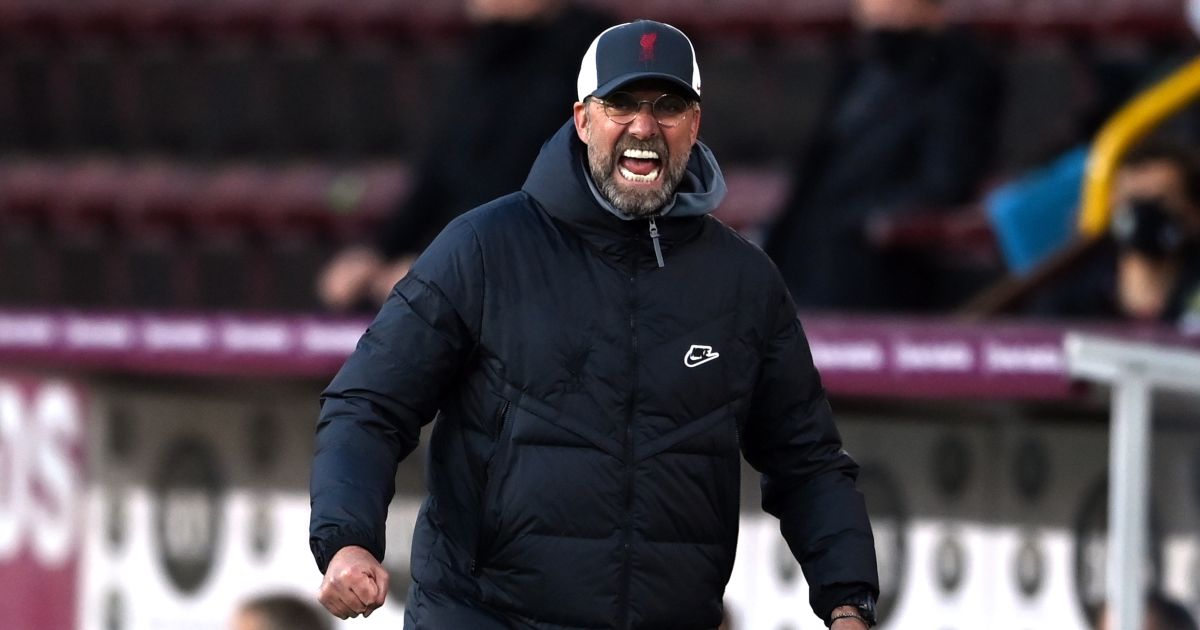 Jurgen Klopp has offered to “write a book” about Liverpool duo Nat Phillips and Rhys Williams at the end of the season.

Long-term injuries to Virgil van Dijk, Joe Gomez and Joel Matip this season have seen Phillips and Williams play a huge part for the Reds as they chase a top-four finish.

Phillips scored in their  3-0 win at Burnley on Wednesday night with the duo helping themselves to a clean sheet in the process.

But after the match Liverpool boss Klopp wouldn’t be drawn on the long-term futures of Williams and Phillips, who could be forced out the team next season when other players return from injury.

“If he really makes it or not, let’s sort it out after the Crystal Palace game.

“So just let’s just finish the season and if you want I can write a book about both boys. About Nat and about Rhys, no problem.

“I promise you an interview if you want and I can answer your questions then!”

Outstanding at both ends👏

Nat Phillips is your @carlsberg Man of the Match from #BURLIV! pic.twitter.com/dPZf7tOfKO

The victory at Burnley put Klopp’s side back into the top four for the first time since February.

Destiny is now in their own hands as although they are level on points with Leicester, their goal difference is four superior meaning all the Reds have to do at home to Crystal Palace is match the Foxes’ result against Tottenham.

On their performance at Turf Moor, Klopp added: “It was a really mature performance. It was not a world-class start at the beginning, let me say it like this.

“We were nervous with our passing, but after 15 minutes we found our feet back and we played some really good football.

“We missed the two biggest chances of the game at the beginning but we scored a wonderful goal, the second goal from Nat was outstanding skill from Sadio and a great header and the third goal was Oxlade at his best.

“It looks like the timing is right but it is not done yet.

“The way Burnley went for our centre-halves with the way they played it is so tricky to defend and the boys did really well.

“We needed each single performance on the pitch.”