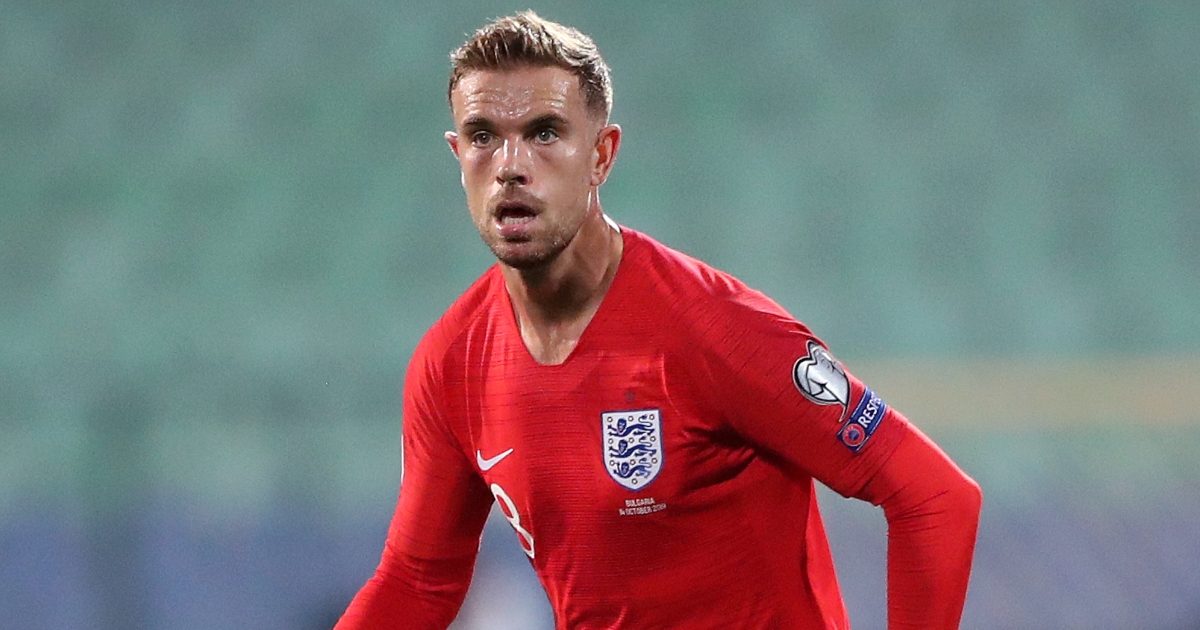 Liverpool manager Jurgen Klopp says a decision on whether Jordan Henderson takes part in Euro 2020 is out of his hands.

Henderson is in rehab after tearing his groin in the Merseyside derby in February.

Gareth Southgate struck a sombre note when speaking about Henderson’s potential involvement last week, saying he faced a fitness race that would go “close to the end of the season”.

With fellow Liverpool player Virgil van Dijk recovering from the ACL damage he suffered in October, Southgate joins Netherlands coach Frank De Boer in sweating on the availability of a key player.

And while Klopp said he would not stand in the way of either player being selected for the summer tournament, he was non-committal on their chances.

“I don’t want to take a player away from England or Holland, if they’re ready, they’re ready. It’s not down to me to make these decisions,” said Klopp.

“I have no idea about the Euros. Nothing has changed.

“They are all in the place they should be in the moment and that’s it. The rest, the time will show. I don’t want to take Holland or England’s player away. If they are ready then they are ready, if they are not ready I cannot change that.

“They are, in the moment, in the rehab process, it’s not up to me to make that decision. I only deliver the news when I have it and I don’t have any at the moment – no bad news, no brilliant news, they cannot play tomorrow. That’s the situation.”

Southgate is keen for Liverpool to get minutes into Henderson to build up his match fitness ahead of the Euros.

However, when asked if there was a timescale for a potential return, Klopp added: “No, not really.

“He is not here in the moment, he cannot train, but he will train in the next days and weeks for sure.

“The problem is, I’m not a doctor, so it’s just about time and if the time will be enough I have no idea. But I hope so.”