Home Liverpool Klopp on Milner: ‘Not the most easy player to handle’ 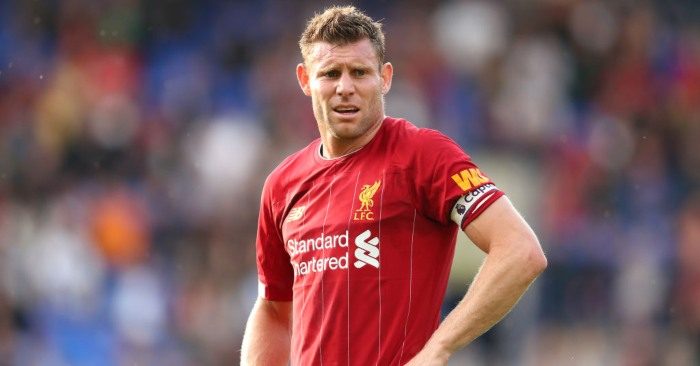 Jurgen Klopp has described James Milner as “not the most easy player to handle” because he constantly asks questions of the Liverpool boss.

Klopp clearly loves the man he called Milly and suggests he is a “perfect” player to have in the dressing-room, even if he can be irritating for the coach.

“James is not the most easy player to handle. He likes to discuss and ask, he likes to know the reasons why we do what we do,” said Klopp.

“You could see in different moments last year how much it meant to him.

“Four years back, I don’t know exactly what people thought of him, but he was a free transfer and for English football supporters that is never a good sign!

“It was a brilliant idea in that moment, because without players like Milly, success in football is absolutely impossible.

“The dressing room, I am often there but not often enough, and you need figures to deal with that. He’s perfect.”

Klopp has suggested that the 33-year-old can play for several years yet, and could yet have a role on the coaching staff at the club.

“Character, talent, all that stuff is on the highest level. It’s strange, only in sports do we speak about a 33-year-old person as if he was old. Imagine we did that with photographers!

“Milly, especially, with all the things he has, there are still a few good years to come. And for a guy like him, there is always a door open in our club.

“As long as I am here, there will always be a place for a guy like him.”