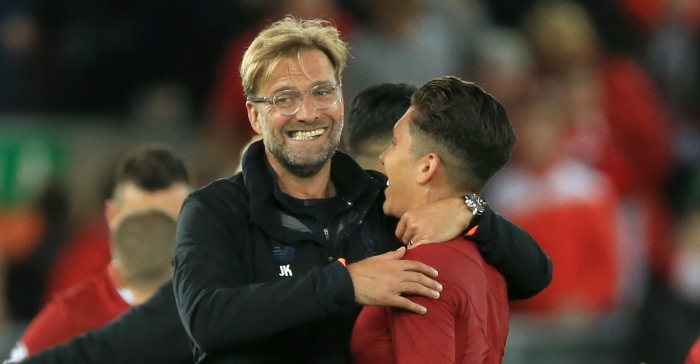 Liverpool cruised into the Champions League group stages on Wednesday, courtesy of a 4-2 victory over Hoffenheim. This is their great hope.

Firmino was at the forefront of the action, providing an assist and scoring one goal as the Reds ran rampant.

The Brazilian has established himself as the club’s first-choice centre forward, and is earning rave reviews for his performances.

Klopp was impressed after the match.

“He gave the opportunity to the two quick boys on the wing, that they could have one-on-one situations that they used outstandingly well again.

“He’s probably the most underestimated player in world football. He is unbelievable.”