Home All The News Klopp on transfers: ‘It’s clear things will happen’ 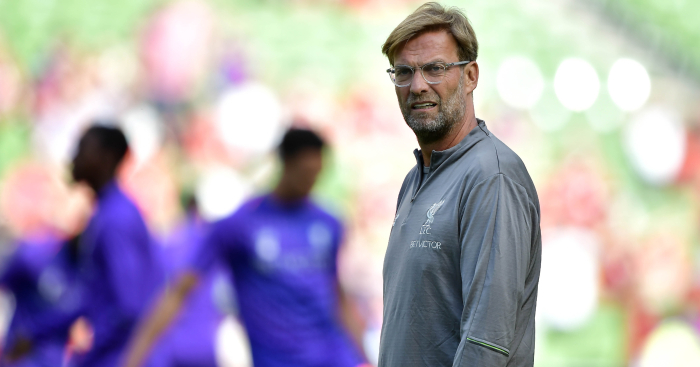 Jurgen Klopp is certain that Liverpool’s transfer business is not finished despite the Premier League window closing.

The deadline has now passed for the Reds to add to their squad but foreign clubs have until the end of the month to make new signings while Football League clubs can also recruit players on loan.

After a summer during which Liverpool spent big on Alisson, Fabinho and Xherdan Shaqiri, Klopp expects players to leave Anfield this month.

“The window is only one way closed,” said Klopp ahead of Sunday’s premier League opener at West Ham.

“So we cannot buy any more but we can sell – not in Premier League – but it is clear things will happen.”

One player who left Liverpool just before the deadline is Danny Ings. The striker moved to Southampton on loan for the season with a view to a permanent deal next summer.

Klopp says his absence is already being felt.

“Danny was a fantastic professional. We miss him already.

“A lot of people were still hoping yesterday that we could avoid the transfer.

“We have to move on. But he is going back to his home club.

“He is fully fit and in a good shape.”