Home All The News Klopp on youngest Liverpool XI: ‘Even with Lucas in?!’ 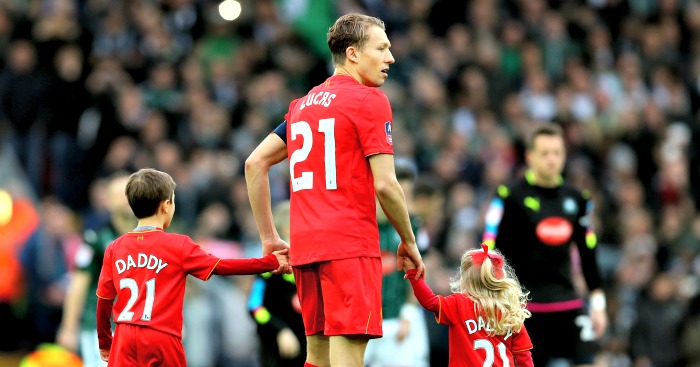 Jurgen Klopp reacted with surprise after being told he had fielded the youngest starting XI in Liverpool’s history.

The Reds were held to a goalless draw at Anfield by League Two Plymouth in the FA Cup third round on Sunday.

The German made ten changes to his side, with five teenagers named in the club’s youngest ever starting XI.

Trent Alexander-Arnold, Joe Gomez, Ovie Ejaria, Sheyi Ojo and Ben Woodburn all started in a side in which the average age was just 21 years and 296 days.

Alberto Moreno was the second oldest member of the side at 24, but the presence of Lucas meant Klopp was surprised at the news.

When told he had just fielded Liverpool’s youngest ever competitive side, he replied: “Was it? With Lucas in?!

“We didn’t think a second about it, honestly,” he added. “We made the line-up because the boys deserved it and it looks in training like that.

“You can then always think, maybe leave this player in and leave that player in, but we had one or two problems in the last few weeks. [Players] had to play too often or too early.

“No player on the bench had an issue but, for example, Daniel [Sturridge] had three days no training; Adam [Lallana] played after injury almost immediately; Gini [Wijnaldum] played nearly everything.

“So for every player there was a reason why he should not be on the pitch. Emre [Can] had a few injury problems but that’s why he played a little bit less a few weeks ago so, for him, it was good.

“At the end, it was that line-up, and all the boys deserved it. We didn’t think a second about the age, they are important players in our squad and that’s why we used them.”