Home All The News Klopp: Oxlade-Chamberlain ‘not the worst footballer’ 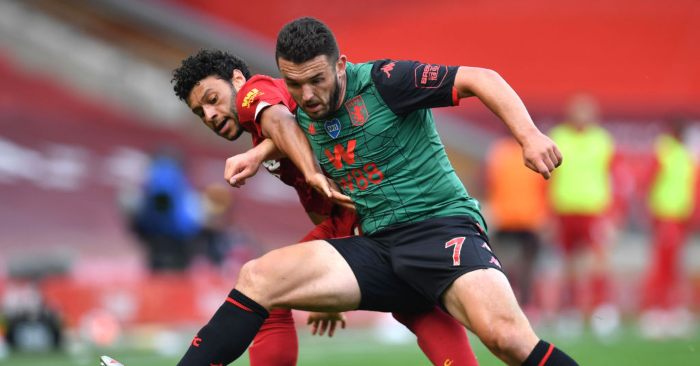 Jurgen Klopp has launched a defence of his fringe players, insisting Alex Oxlade-Chamberlain is “not the worst footballer” and claiming the pitch and weather was against his team against Aston Villa on Sunday.

Liverpool struggled against Villa with Divock Origi and Oxlade-Chamberlain in the starting line-up; they only began to dominate the relegation strugglers when Roberto Firmino came off the bench.

Klopp faced questions on Tuesday ahead of Liverpool’s clash with Brighton and accused their critics of having short memories.

“You can be critical and you will be critical in future. It is not so nice in life but it is normal people forget,” Klopp said.

“We played against Barcelona, for example, with a lot of changes and played an outstanding game. One of the best games for this team ever. Whatever your first XI is, and I have an idea, these [other] boys did the job.

“On a day against Aston Villa when the team is not performing at the highest level, when the pitch is dry like the Sahara and the wind is blowing like mad like you are on a ship out there on the sea, it is really difficult to make an impression.

“So, if you have a lack of rhythm, or are changing positions, that is how it is. Now we talk about these players not making enough pressure on the first XI? Or they are not close enough?

“Oxlade-Chamberlain, if he is not in your first XI, he has played incredible games for this club. He won the game almost alone against [Manchester] City a year or two ago. He is not the worst footballer since then.

“It is not easy. I cannot judge people on a game in which the whole team is not performing great. I see them in training and I know they are more than options for me, and that is really good.”

We talk about Liverpool and Roberto Firmino here: