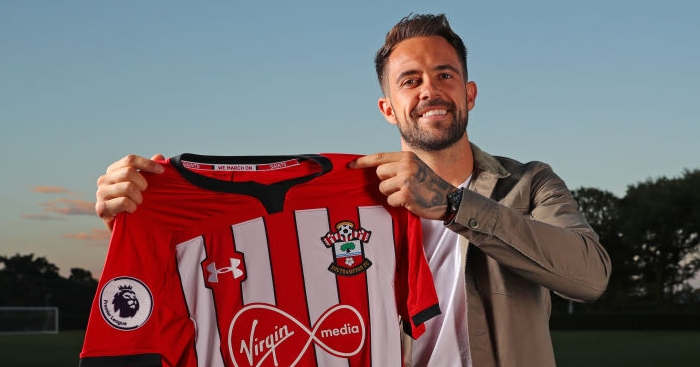 Ings completed a deadline day move to Saints after a summer of speculation, during which it was confirmed his chances of first-team football at Liverpool were slim.

He has left in search of regular opportunities as a result, joining Southampton on a season-long loan.

An agreement has been struck between the clubs for the move to become permanent at the end of the season.

It is understood Saints will pay £18million up front with a further £2million due based on the number of appearances he makes while the Reds will also receive 20 per cent of any sell-on fee.

For Ings, who has agreed a four-year contract, it is a return to his hometown club who originally released him aged 10 because he was too small.

It is understood Southampton was always his first choice, and Klopp had plenty of words of praise for the forward.

“He is such an outstanding boy,” he told Liverpool’s official website. “Honestly, if you could bottle character and spirit, his would sell worldwide – he is so incredibly positive and full of energy. But we won’t just miss his character because he is a footballer who has all the tools.

“What is clear is that in his time here he had zero luck really, certainly in my time. Before joining I tried to watch as many games on tape as I could from the season so far and Danny Ings stood out as someone I was really looking forward to coaching.

“We all know his story and the bad luck he has had since then.

“It’s why the other emotion is that of being pleased for Danny that he has such a good move and his future is now very bright.

“When he said to us he thinks this is the window it might be best to look elsewhere, for the sake of his career and playing more regular football, it was clear early on that Southampton has great appeal to him personally. It’s his home, his family is there, it’s his boyhood club. They have a great manager and I think the supporters and him will feed off each other’s passion and energy.

“So we say farewell to a friend, but for Danny I know the best chapters in his personal story are still to be written. He is as fit now as at any point of his career I would bet and he just requires the opportunity.

“He has that opportunity and on behalf of his Liverpool family we say good luck Danny and we will miss you.”