Home All The News Klopp, Pep couldn’t do what Rodgers has done, says Merson 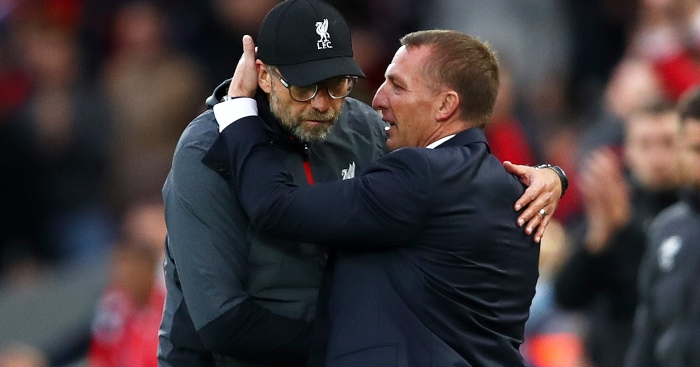 Paul Merson claims neither Jurgen Klopp or Pep Guardiola would have been able to do what Brendan Rodgers has done at Leicester.

The Foxes moved to the top of the Premier League after an impressive and comfortable 2-0 win over Chelsea on Tuesday night to increase the pressure on Frank Lampard.

But while Lampard struggles, praise is deservedly being heaped on Rodgers.

Speaking on Sky Sports News after their win over Chelsea, Merson said: “I don’t see Pep Guardiola or Jurgen Klopp being able to do what Brendan Rodgers has done with Leicester.”

Lampard admitted his side were “beaten by the better team” on Tuesday and Jamie Redknapp believes Leicester are title contenders this season, claiming “anything is possible”.

Speaking on Sky Sports, Redknapp said: “Leicester had so much quality in their team. I spoke about them being workmanlike, in the nicest possible way. They were streetwise. They knew how to score, how to make opportunities, they defended for their lives.

“They outworked Chelsea and that should never happen in a football game. But we’ll talk about Chelsea later. I love what I see from Leicester.”