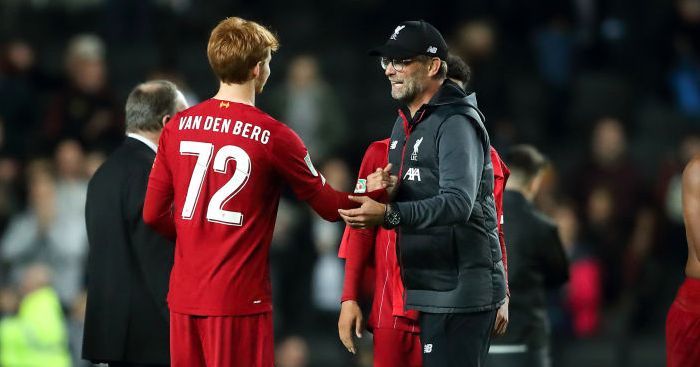 Jurgen Klopp has picked out Liverpool’s Carabao Cup victory over Arsenal as his most enjoyable game so far this season.

The Reds’ youthful lineup battled back from 4-2 down to win 5-4 on penalties after a thrilling 5-5 draw at Anfield.

The victory further compounded the December fixture list headache, with Liverpool’s involvement in the Club World Championship in Qatar meaning they will have to separate their squad to deal with the games.

But Klopp has picked the stunning victory out as his favourite this season, outshining the 3-1 win over Manchester City.

“You know the best game of the season so far for me to enjoy? It was Arsenal in the Carabao Cup.

“The boys made it a special night and I loved it. The atmosphere was brilliant and buzzing. We’ve had a lot of good moments at Anfield.”