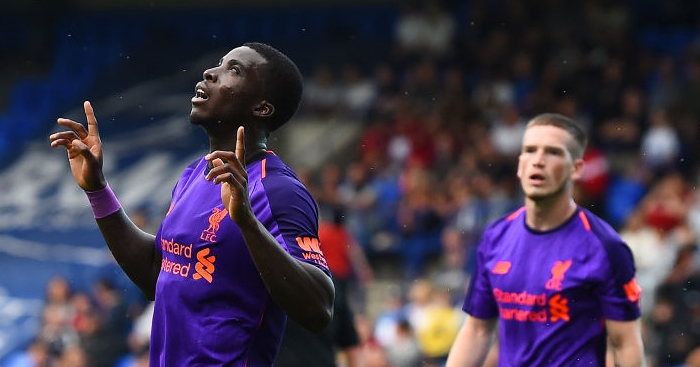 Jurgen Klopp has hailed three Liverpool youngsters after the 3-2 pre-season victory over Tranmere.

Rafa Camacho, Sheyi Ojo and Adam Lallana all scored in the first half to put Liverpool 3-0 up, before Tranmere capitalised on two mistakes to reduce the deficit to one goal in the second half.

Klopp picked out Camacho and Ojo, who combined for the first goal, out for particular praise.

Ryan Kent, who had two loan spells at Freiburg and Bristol City last season, also received a post-match mention from the manager.

“He played for Stevie (Gerrard) a few times as a wing-back but tonight he was a full-back.

“I liked it. He’s full of football joy and is doing really well.

“It’s the same for Ojo and Ryan. Maybe not the best last year but they came back here wanting to show something and they have done that so far. It’s all good.”