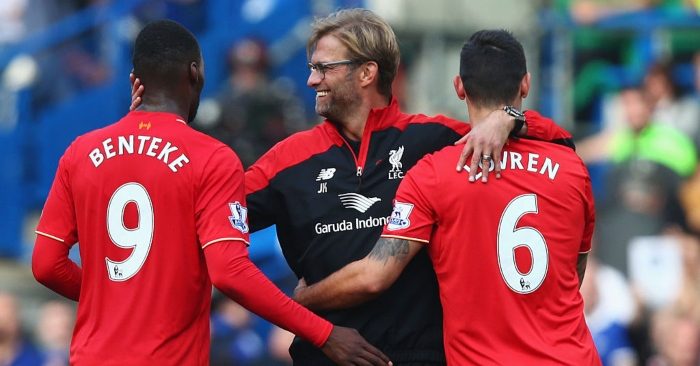 Jurgen Klopp has pin-pointed two results from his first season as Liverpool manager that reassured him that they were on the right path.

He took over the club from Brendan Rodgers in October 2015 and finished the season with two losing appearances in finals. But two results in his first five games were key in persuading both him and the fans that the players who were failing under Rodgers could be rejuvenated by the German.

They won 3-1 at Chelsea and then 4-1 at Manchester City as Liverpool climbed to sixth in the table; they would eventually finish eighth.

“We tried to implement a mood inside Melwood and the dressing room that we can really go for something,” Klopp told the Liverpool Echo in an exclusive interview.

“Because I really feel in the moment when I came here it was like ‘oh now we have a high-class manager, but that’s the team’. It not is like somebody said ‘sorry for the team we gave you’, it was not one second that I felt like this, so we just started working and we didn’t have to change things in a replacement way.

“Get him out, bring him in, I am not like this, so my target was to improve the players.

“To do that, they had to get some confidence back and we did that with some results, not immediately, but we played in two finals and it was good. We had a couple of really interesting and positive games like the Man City away game was really impressive and I think we won at Chelsea as well if I am right.

“There were a couple of really good results, so I was fine, but it was clear that was only the first step.”