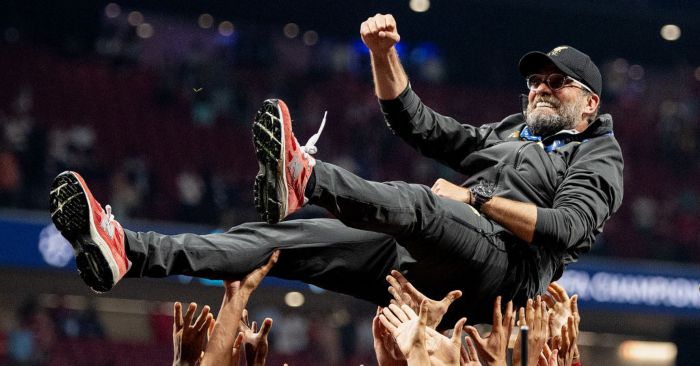 Jurgen Klopp might take another ‘sabbatical’ at the end of his current Liverpool contract instead of signing a new deal.

Liverpool owners Fenway Sports Group are eager to improve and extend Klopp’s deal after their triumph over Tottenham in the Champions League final.

ESPN FC say FSG ‘would have offered’ the German a contract regardless of success in Madrid, as they ‘believe that the scale of his influence at Liverpool cannot solely be measured by trophies’.

But it is uncertain whether Klopp would agree to a new contract or not, as he could take another sabbatical from the game when it expires in 2022.

The 51-year-old planned to take 12 months out of management after leaving Dortmund in summer 2015, having coached for 14 straight years at the Westfalenstadion and Mainz.

But his break lasted just four months before the Liverpool post became available after Brendan Rodgers’s sacking in October.

Klopp has previously discussed the “very intense” demands of Premier League management, and while Bayern Munich could offer him a rest, he seems more likely to take some time out.

He ‘has considered’ a sabbatical with his family when his Liverpool deal expires in three years, and FSG ‘would not want to put him in the position of turning down a new offer’.

The club’s owners ‘are minded not to put pressure on him’ by forcing a decision, and will only make an offer ‘if the German requested it’.

ESPN FC add that Klopp’s healthy relationship with the board means ‘there would not be any formal discussions or a lengthy process if he did decide to extend his commitment’.

‘They will have optimism that the former Mainz and Borussia Dortmund coach, who spent seven years at both clubs, indicates he wants to surpass that time at Anfield, where he has been since October 2015,’ Melissa Reddy writes.

‘FSG will, however, respect Klopp’s decision if he wants to stick to his plan of taking a break when his contract runs out.’