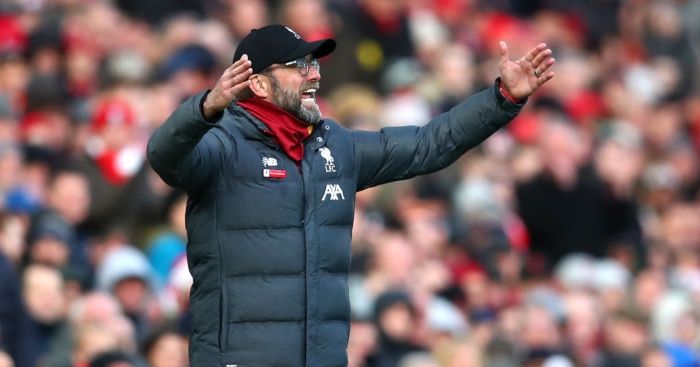 Liverpool boss Jurgen Klopp admitted his side weren’t at their best, but showed the “resilience” necessary to beat Watford at Anfield, as the Reds’ finishing proved the difference.

A beautiful curled effort and a cheeky flick by Mo Salah earned Liverpool a 2-0 win over the Premier League’s bottom side, but conceded plenty of chances at the other end.

Klopp acknowledged that the Hornets had good opportunities to score and picked out Liverpool’s finishing as the key difference between the two sides.

“It was not the prettiest game but I am more than happy with that,” Klopp told BT Sport.

“At this stage you have to show resilience and I believe we did that today. We have so many games but we are happy with this.”

“Watford had their chances but we scored ours. We could have made the game easier for us but it’s intense to be constantly in charge of the game.

“We have to defend with passion not organisation sometimes and that was sometimes now right.”

Klopp also bemoaned Liverpool’s luck as Georginio Wijnaldum limped off to add his name to their long injury list.