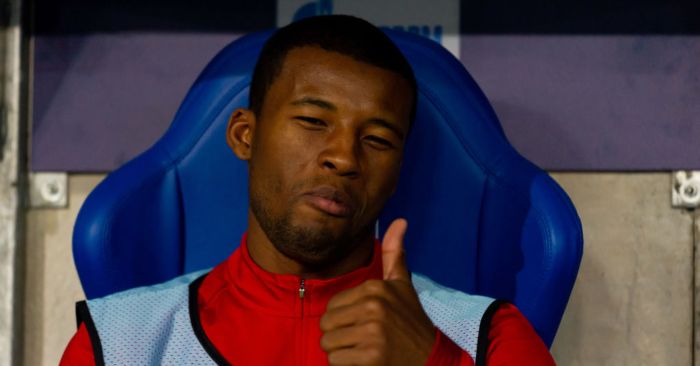 Wijnaldum has started all nine of Liverpool’s Premier League games this season, having played a vital part of their Champions League success last campaign.

His two goals were pivotal in the Champions League semi-final win over Barcelona at Anfield, and his “importance” to the cause in an otherwise jumbled midfield has not gone unnoticed by Klopp.

“Gini speaks on the pitch for the way he plays. It’s just so obvious, his importance,” he said.

“It is both directions, small spaces, big spaces, it is hard challenges, fine football, pretty much all of that.

“Is he the perfect midfielder? Yes, from the skill-set, 100 per cent. He has all that you need.

“There was his header against Barcelona too. He is not the ­tallest, but he is good in the air.

“He is a good jumper with good timing, all that stuff. It all makes him a pretty good footballer.