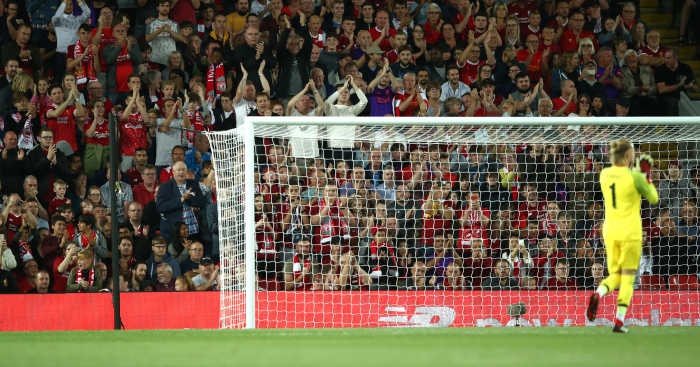 Jurgen Klopp has thanked Liverpool fans for the support shown to Loris Karius.

Karius has endured a difficult couple of months after his two costly mistakes in the Champions League final.

Liverpool have since signed Alisson for a world-record fee for a goalkeeper, thereby demoting the German.

But fans greeted Karius with rapturous applause when he took to the field for Tuesday’s friendly win over Torino at Anfield.

“It helps everybody,” Klopp said of the warm reception. “I haven’t spoken to him because I was immediately in the signing session, if you want.

“I was not surprised, to be honest, but as a human being I was hoping for it, that it would be like this. I loved it, to be honest.

“Is it possible being different in a really hard world? Yes, I think it is possible. We showed tonight a really nice face and I liked it.

“It helps not only Loris, it helps Alisson as well, that you can see this is a very special place. It was a really big gesture.”