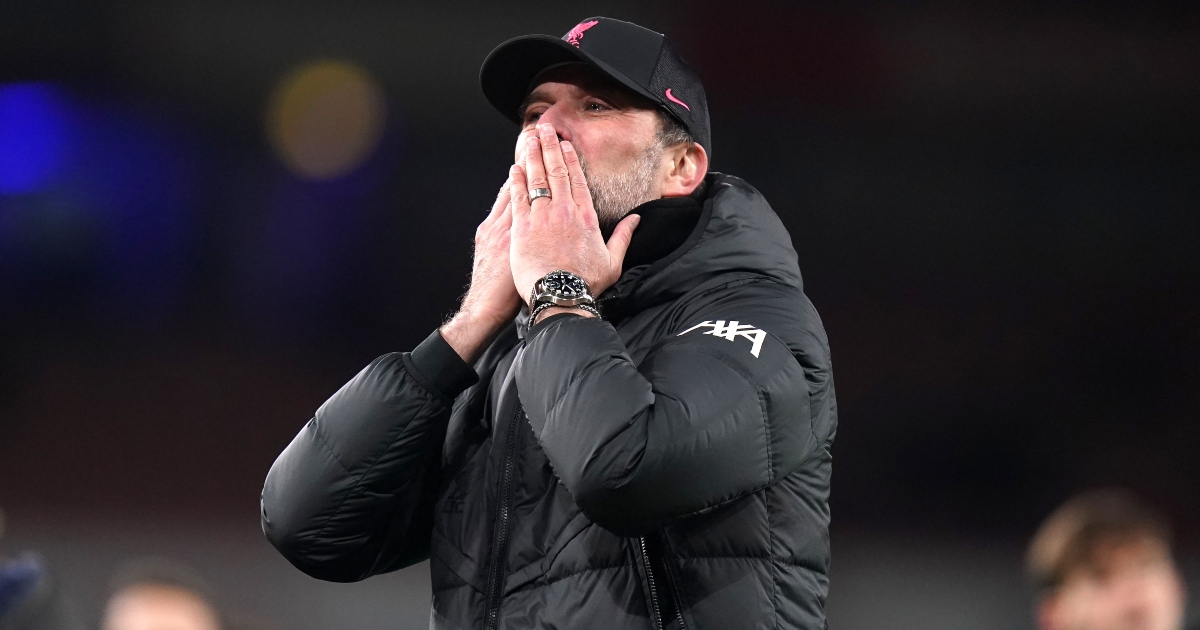 Liverpool manager Jurgen Klopp has praised three Liverpool players after their performances in helping Liverpool to the Carabao Cup final.

Jota was praised by his boss after the victory, but speaking on Friday, the Liverpool boss praised three more of his players for their performances.

Brazilian midfielder Fabinho has been in excellent, if not slightly unusual, goal-scoring form as of late, notching twice against Shrewsbury in the FA Cup before nodding in against Brentford in the Premier League last weekend.

However, it was his defensive work that impressed his manager on Thursday night.

“He was outstanding last night. The amount of balls he won, the areas he played. That’s absolutely helpful,” said the German boss.

We’re LIVE as Jürgen Klopp looks ahead to #CRYLIV on Sunday! 🎙 https://t.co/hAMXYTxsCZ

Irish goalkeeper Caiomhin Kelleher started for the Reds on Thursday night and made a superb early save to tip Alexandre Lacazette’s free-kick onto the crossbar.

Klopp admitted that, whilst he is the number two at Anfield behind Alisson, he can’t get much higher than where he is right now.

“He is the number two at Liverpool and you can’t get much higher at his age.

“He is top class, calm, with belief, good on ball, and on top of that makes incredible saves. And what is better for a young goalie than to learn from the best in the world.”

Another young talent who starred for Liverpool on Thursday night was midfielder Curtis Jones, who has impressed in recent weeks after suffering from injuries and Covid at the end of last year.

“Look, you win a football game, a difficult one. You can only win it if all the players are good but Curtis was really good in the last two games. I’m one of his biggest fans to be honest.

“I saw him out my office when I first joined and thought ‘Wow, how old is he?’. He was 15. We couldn’t have won the game last night without good individual performances and Curtis was one of them.”