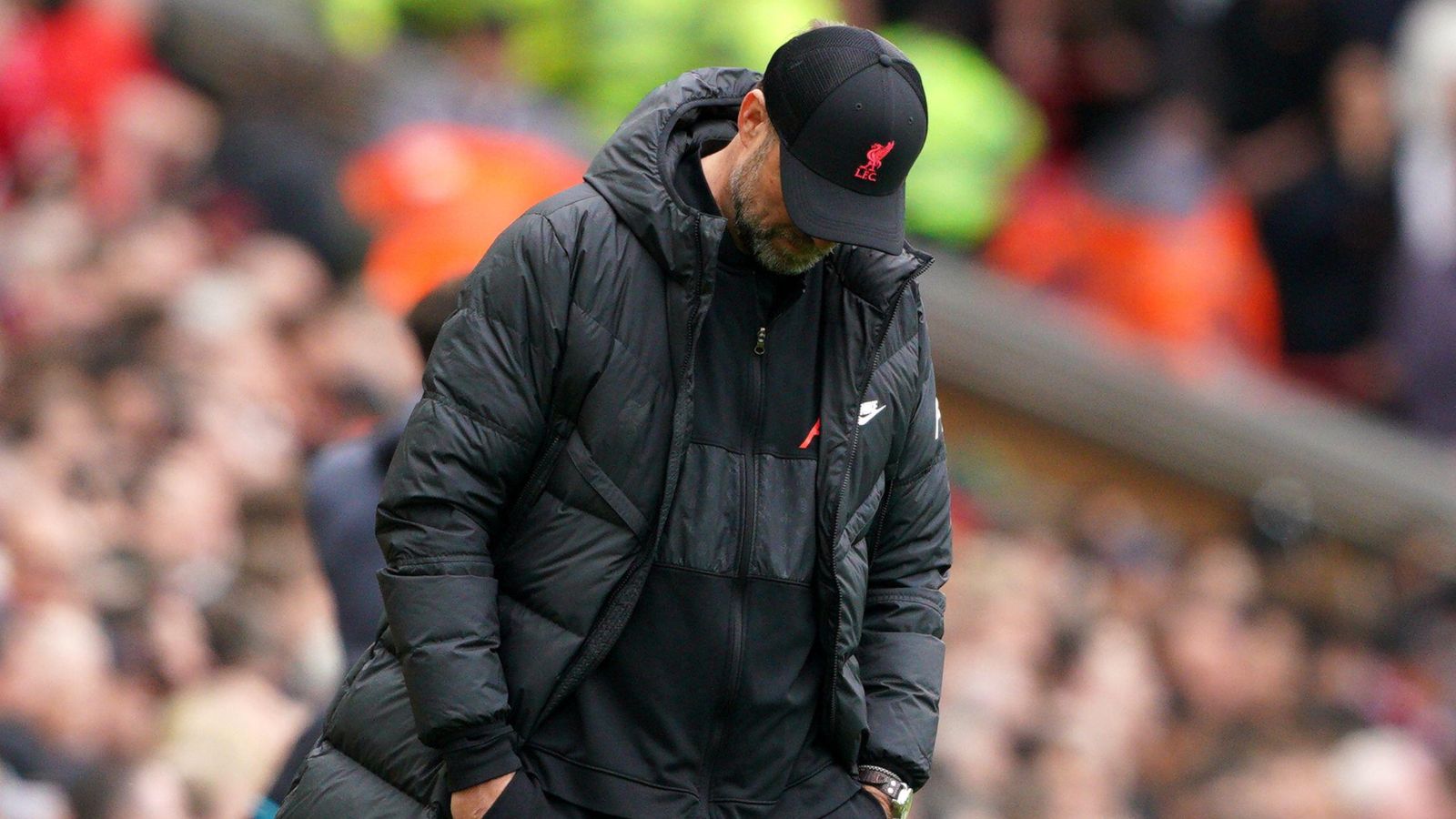 Liverpool boss Jurgen Klopp thinks Thiago Alcantara will miss the Champions League final against Real Madrid at the weekend after picking up an injury in the final Premier League match of the season.

Goals from Sadio Mane, Mo Salah and Andy Robertson secured a 3-1 victory over Wolves on Sunday but they missed out on the Premier League title after Manchester City came back from two goals down to beat Aston Villa 3-2.

And there was further disappointment for Liverpool during the match as Thiago was taken off with a suspected hamstring injury at the interval.

16 Conclusions on another quiet and uneventful Premier League final day

“I think he’ll be out of the final but I don’t know,” Klopp told Sky Sports. “He’s limping, so it’s maybe not the best sign.”

In another interview with beIN Sports, Klopp added: “With Thiago we have to wait, all the others will be back.”

Man City’s victory on the final day ended hopes of an unprecedented Quadruple for Liverpool but they are still going for a treble when they face Real Madrid in the Champions League final this weekend.

Klopp continued: “Imagine somebody tells you before the season, you’re going to be in all three cup finals and want to fight for the league,” he said ahead of the visit of Wolves.

“You would say ‘Yeah, good luck with that’. It’s actually not possible but the boys did it – fed by the people here in the building (training ground), by our supporters, by all these kind of things.

“It has been tough but great. It’s absolutely a joy to be part of it. Being part of this group is exceptional. By the group, I mean not only the players, we are here in the building of the group. It’s insane.

🗣️”If you want to win big, you have to be ready to lose big”

“Working together with these people is a pure joy. Being where we are is so rare, you cannot plan it.

“It’s a fantastic time for a Liverpool supporter and now we have to make sure we enjoy the last two games as well.

“The most enjoyable thing in football is winning football games, that makes everything much easier.

“Two massive games to come, one directly on Sunday, and we have to make sure we are ready for that.”