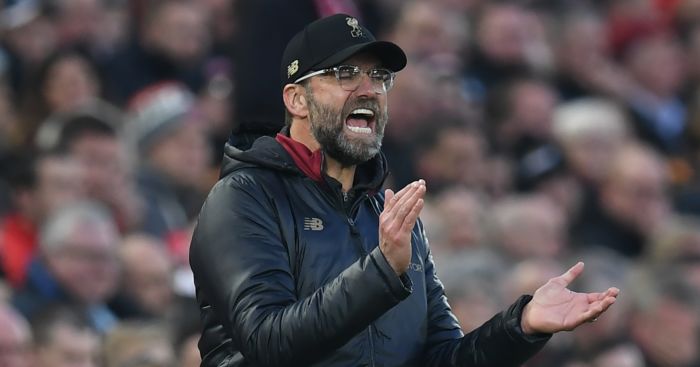 Jurgen Klopp thinks the Premier League title race will go down to the final day despite Liverpool opening up a gap at the top of the table.

The Reds beat Newcastle 4-0 on Boxing Day thanks to goals from Dejan Lovren, Mohamed Salah, Xherdan Shaqiri and Fabinho, to move six points clear at the summit.

Manchester City lost 2-1 against Leicester to drop down to third place, while Spurs kept up their impressive form to leapfrog Pep Guardiola’s side into second place.

“We had no idea about the Manchester City result until after the game,” Klopp told BBC Sport.

“We play City soon – if I was them I would think there is only four points because we still have to play them, then we play Arsenal before then as well.

“The only thing that matters to us is the performance and keeping that level of performance. It’s good but that’s all. Tottenham are flying – they had a difficult summer but they are doing brilliant.

“We are on a good run as well. Chelsea will win, Arsenal will win – it will be a race until the final day.

“But we are in it and that’s important. We’re just creating a basis for the rest of the season, and the basis after the first part of the season is obviously a good one.”