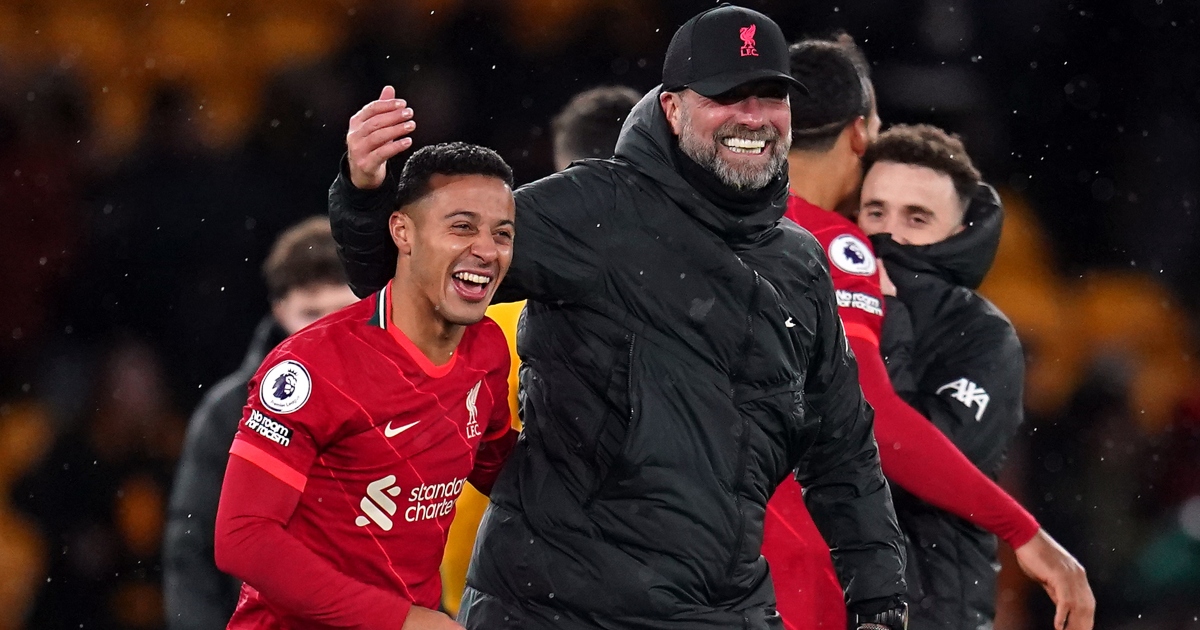 Liverpool boss Jurgen Klopp believes it is “essential” that the Premier League change to five substitutes per match for each team.

The Reds face Inter Milan in the second leg of their Champions League last 16 tie on Tuesday night, and they currently hold a 2-0 aggregate advantage.

The German manager provided an injury update on Thiago, Joel Matip and Roberto Firmino ahead of the match at Anfield.

“I’m not sure yet what we make of that exactly to be honest as we have to see how they react today.

“Thiago was only a week out, so probably would be fine but I have to wait for it. Joel was only three or four days so he is fine, I would say.”

Klopp says he will not risk Firmino due to the number of muscle problems he has suffered throughout this season.

“Bobby was longer out, (Sunday) was the first session so we have to see,” he said. “It makes probably sense to give him just a few more days with proper training.

“Today we don’t train properly it’s a minus-1 session, it’s tactical stuff, not high intensity and Bobby might need something else. But they are all in training.”

Klopp also reiterated his desire for the Premier League to allow teams to make five substitutions per match, especially with the busy schedule ahead for Liverpool.

The German said: “It’s essential we go for five subs in the Premier League. If we can make changes in decisive positions like the machine room and the midfield then it’s possible to get some momentum but if not, then it’s not.

“It’s not about an advantage, it’s about protecting and saving the top-class players. If we do this, you will see much less injuries over the years and keep players in a better place.

“We are used to a tough rhythm so the schedule is fine but playing Sunday, Wednesday, Saturday, Tuesday is really tough.

“We’ve been able to make changes which is why we’ll be ready again.”

Liverpool are currently six points behind league leaders Manchester City and Klopp believes City would be champions already if it wasn’t for his side.

“It’s the strongest league in the world, no doubt about that,” he said. “But it’s the challenge and actually we enjoy it.

“If we couldn’t be here this year, or two years ago, or three years ago, then City would have been champions in February. Because we are around, it was tighter. If City were not here I think there’s a good chance we would be champions.”