Home All The News Klopp questions paying £100m for a footballer 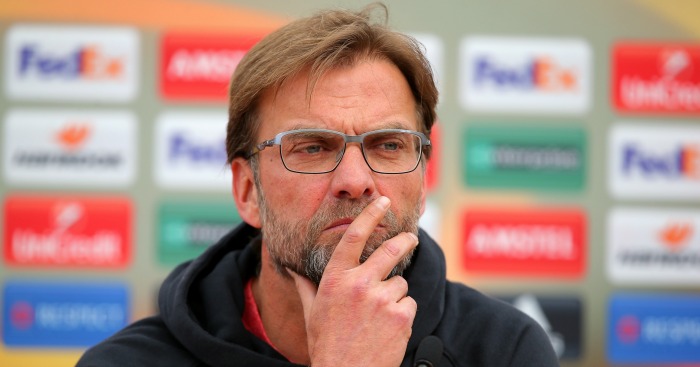 The Reds have spent over £60m this summer – more than any other Premier League side – but their biggest single outlay has been the £34m paid to Southampton for Sadio Mane.

Premier League clubs have spent a combined £500m on players in this transfer window as the added money from new television deals filters through to the clubs, and fees have risen as a result.

Jordon Ibe, with one goal in 41 Premier League appearances, has joined Bournemouth for £15m. Manchester United have signed Eric Bailly, who has 61 career league games to his name, for £30m. Watford have spent £12.5m on Isaac Success, who has scored 16 goals in 76 games.

The biggest transfer of this summer so far has been the near £80m spent by Juventus on Gonzalo Higuain, and it is expected that the £100m barrier on a single player will soon be broken.

Klopp says that he is not willing to pay such mammoth fees for any one player.

“The best player of the last season is good to know but it is more interesting trying to find out who will be the best one next year,” he said.

“If you knew it now, that would be a really cool transfer. It would be much cheaper too. That is what we work for. It is about finding the players who can make the next step with us.

“If you bring one player in for £100million or whatever, and he gets injured, then it all goes through the chimney.

“The day that this is football, I’m not in a job any more, because the game is about playing together. If I spend money, it is because I am trying to build a team, a real team.”

We can’t think of who he is referring to.