Home Liverpool Klopp reacts to Liverpool defeat: ‘I learned nothing’ 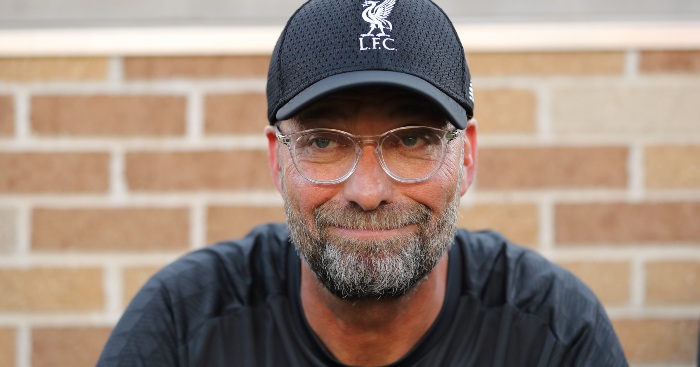 Harry Wilson and Rhian Brewster were on target for the European champions but goals from Paco Alcacer, Thomas Delaney and Jacob Bruun Larsen were enough for Dortmund to take a deserved 3-2 win at the University of Notre Dame.

The game was played in red-hot temperatures of 33C – in a ground hosting its first ever football match.

Just two of the Liverpool side who started the Champions League final played for the first hour against a strong Dortmund line-up, but Klopp tried to take positives from the first game of a three-match trip to the States.

He told reporters afterwards: “You could see that Dortmund are a step further in their preparations but there was a lot of good things for us as well.

“How we conceded goals was a lack of organisation, but it is very difficult to have that at this stage.

“Really I learned nothing. But it is difficult when the ball isn’t rolling. It was a tough night for both teams – it was really warm.

“I don’t like what I see in a game in pre-season very often but there is always a reason for it. I am not over the moon with our performance but I know there is lots to come.”

The Reds are next in action against Sevilla in Boston on Sunday.