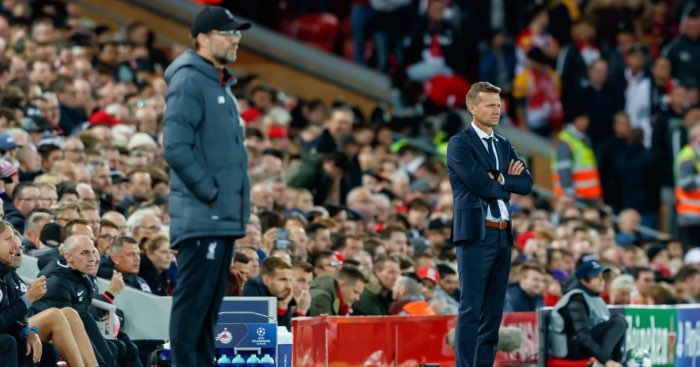 Salzburg came from three goals down to level the scores after half time before Mohamed Salah scored the winner for Liverpool.

It was a brilliant fightback from the Austrian side at Anfield and the video has provided an insight into their dressing room at the interval, but Klopp can’t believe it was filmed in the first place.

He said: “If LFC asked me in that situation, I would leave the club! That is the truth. That is all I have say about that.”

In the video, Marsch told his Salzburg players they were showing the Champions League winners too much respect.

“Are they good? Yes, they are good. But we’re playing too nicely, only with a little pressure here and there… There is no real tackle or a fight. They have to feel us, guys. They have to know we’re f*cking here to compete.