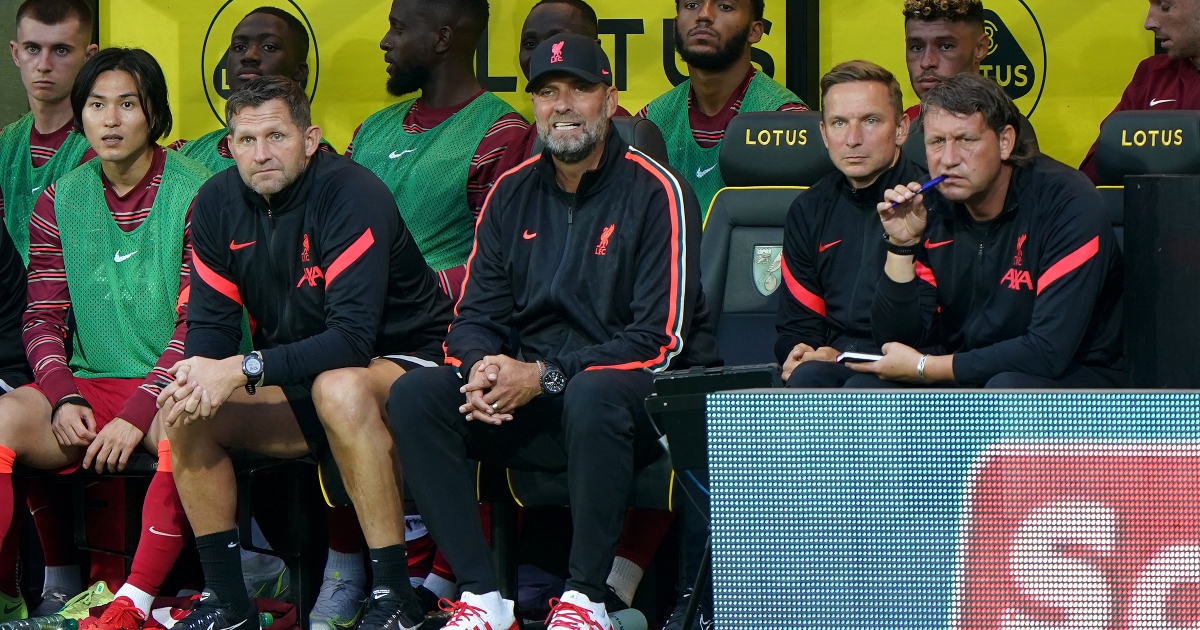 Liverpool manager Jurgen Klopp has praised his team after a well-earned 3-0 victory against Norwich City to kick off their 2021/22 Premier League campaign.

Mohamed Salah was in inspired form as he scored one and assisted two in the win and was joined on the scoresheet by Diogo Jota and Roberto Firmino.

It was a terrific atmosphere at Carrow Road as Norwich returned to the top flight, but the Reds’ performance was too strong for Daniel Farke’s men.

Reflecting on Liverpool‘s pre-season, Klopp said: “We had two games against Athletic Bilbao and Osasuna, and they were really good games.

“It was a good sign that we’re ready to go, but when you start the league it’s different.”

The ex-Borussia Dortmund boss described it as a “good start” at Carrow Road as his side aim to mount more of a title challenge this season.

“We had to find our way in the game and scored three really nice goals because we forced them. It’s a good start,” Klopp told the BBC.

“The boys are fit but you have to get used to the feeling again, that it’s really exhausting but you can [still] go. You have to get over that point in the game, and we did, and hopefully next week we’ll be fresher for longer.

“It’s great to see the fans back and I hope that Norwich celebrated as well because they had an exceptional season. Their pre-season has not been easy [due to Covid-19 protocols], and facing us is not too easy, but we were really professional.

“We were not here to show the most exciting football, just to get the basis for the new season, and we did. Football is back.”

Defender Virgil van Dijk made his first competitive start since October last year after he injured his ACL against Everton.

Speaking to Sky Sports, van Dijk – who has recently signed a new contract at Anfield – reflected on his first game back:

“It’s amazing. It was a tough game. In the end 3-0 sounds comfortable but at times, especially at the end, we were making it difficult for ourselves. Maybe that’s fatigue, maybe we can do better – we’ll have a look at it.

“But to be back out there helping the boys… I just hope to continue that and see what it brings. I need games but the manager knows it, I know it. It’s a good start and now we have time to recover for next week.”