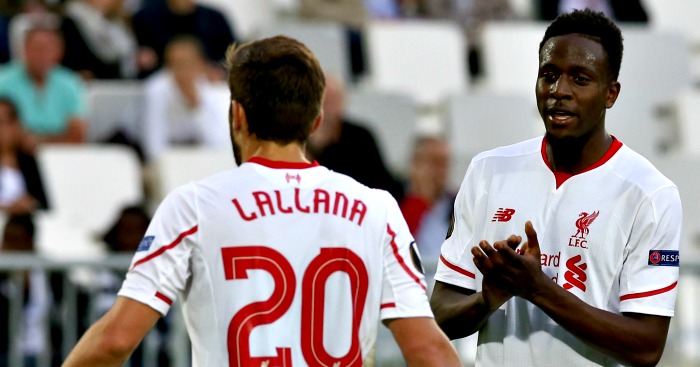 Klopp will lead Liverpool as they return to Premier League action after the international break on Saturday, with their opponents coming in the form of title-chasing Tottenham.

Spurs were the first side Klopp faced as Liverpool manager after his appointment as Brendan Rodgers’ replacement in October, and Saturday’s game already represents the 39th of the German’s tenure.

Speaking ahead of the clash, Klopp spoke highly of Divock Origi and Adam Lallana, who had been voted as PFA Fans’ Premier League Player of the Month for March before the press conference.

When asked on his thoughts of Lallana’s award, Klopp asked: “What did he win?” After being told it was the Player of the Month award, Klopp replied: “That’s nice. Hopefully he can win again in April.”

On former Southampton midfielder Lallana, his manager added: “Has he been the most pleasant surprise? One for sure. I always knew how strong he is. I knew more about him when he played for Southampton, he wrote a very nice story there. And I’m really happy a few more people recognise what a player there is.

“Against the Netherlands, I realised more that he’s a really good player.”

Klopp then turned his attention to Origi, who is enjoying a promising debut season at Anfield after signing from Lille for £10million in summer 2014.

Origi has started just six league games this season, but has scored two goals, and also plundered a hat-trick against Southampton in the Capital One Cup.

The Belgian has overtaken compatriot Christian Benteke in the striking pecking order, and Klopp is impressed.

“He’s on a really good way, interrupted by occasional injuries. When we came we knew his quality but saw he was short of confidence.

“He’s still 20, still young, it’s a long way to go and a big space to improve. He’s made big steps. When we started here, he tried to do too much. Now he uses his physical strength, technical skills and speed better.

“The future is exciting. With his quality, three or four steps (forward), then two back is normal.