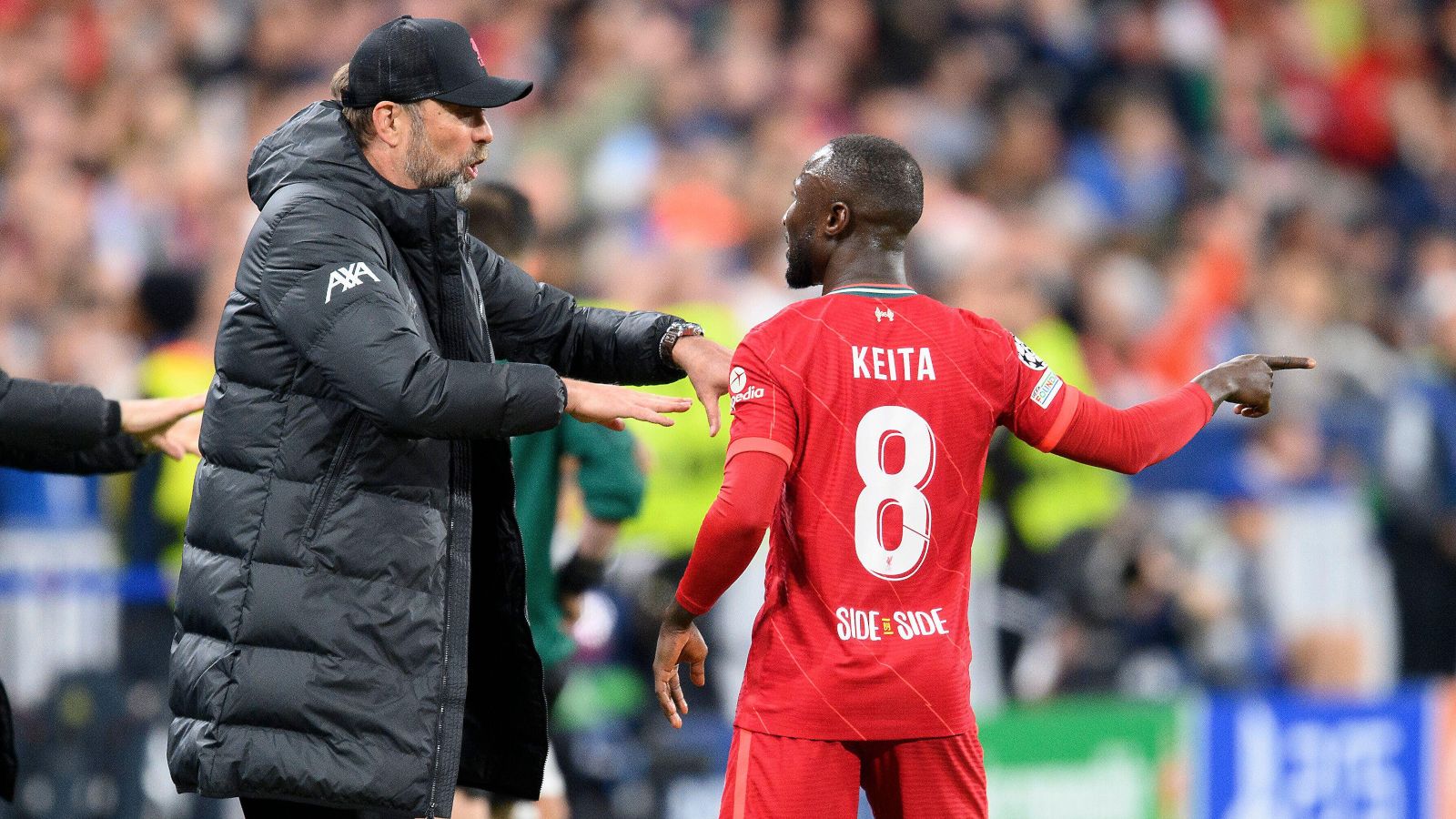 Jurgen Klopp claims there is “o.o%” truth behind the rumours that Naby Keita could leave Liverpool this summer.

Keita has entered the final year of his contract at Anfield and reports on Thursday indicated that talks over his renewal have stalled recently.

That has given fuel to speculation that he could leave sooner rather than later with Sky Sports Deutschland indicating that Keita is unhappy and could move on this summer.

However, Klopp has dismissed those rumours despite admitting that injury-prone Keita was not “overly happy” with not playing regularly.

“I have to respond on ‘news’ but if you learn on my side 0.0% is behind the news,” Klopp told reporters on Friday.

“He was ill, now he is in training and looking really good. Not a player overly happy when he’s not playing, but nor should he be, so it’s completely fine.”

In a separate report, the Daily Mail insisted that Liverpool have ‘no intention of allowing’ Keita to move on this summer and that they are ‘willing to risk losing him for free next summer but still hope to reach a solution over new terms.’

Darwin Nunez will be banned from their clash against Manchester United on Monday night at Old Trafford after he was sent off in a 1-1 draw against Crystal Palace last weekend.

The Uruguay international clashed with Palace defender Joachim Andersen all game before he eventually floored him with a headbutt on 57 minutes.

It was his first start since his summer move from Benfica with his actions criticised by a number of pundits and former players.

On Nunez’s red card against Crystal Palace, Klopp added: “Bobby [Firmino] has trained as normal and is ready.

“Of course we spoke to Darwin and he was very disappointed with himself. The things that the centre-half [Joachim Andersen] did, he’s not the only player in the world doing these kinds of things.

“We’ve never had a situation like this before while I’ve been here as far as I know, so I’m not an expert in these talks.

“But it was obvious that he knew. He apologised. We all make mistakes.”

“I think he’ll be a target for defenders,” Neville said on Sky Sports.

“I think they’ll poke him, prod him, in terms of punishment I think Klopp will have a stern word with him whether it’s tomorrow or after. The player it hurts the most when you get sent off is yourself, that’s the loneliest place in the world, when you’re in the dressing room on your own – you might have the kitman with you – it’s horrible.

“I’m sure he’ll go around after the game and say sorry to them all – I’m sure of that. The rest of the lads in the dressing room, because it’s a good dressing room, will pick him up and that’s the way it goes.”