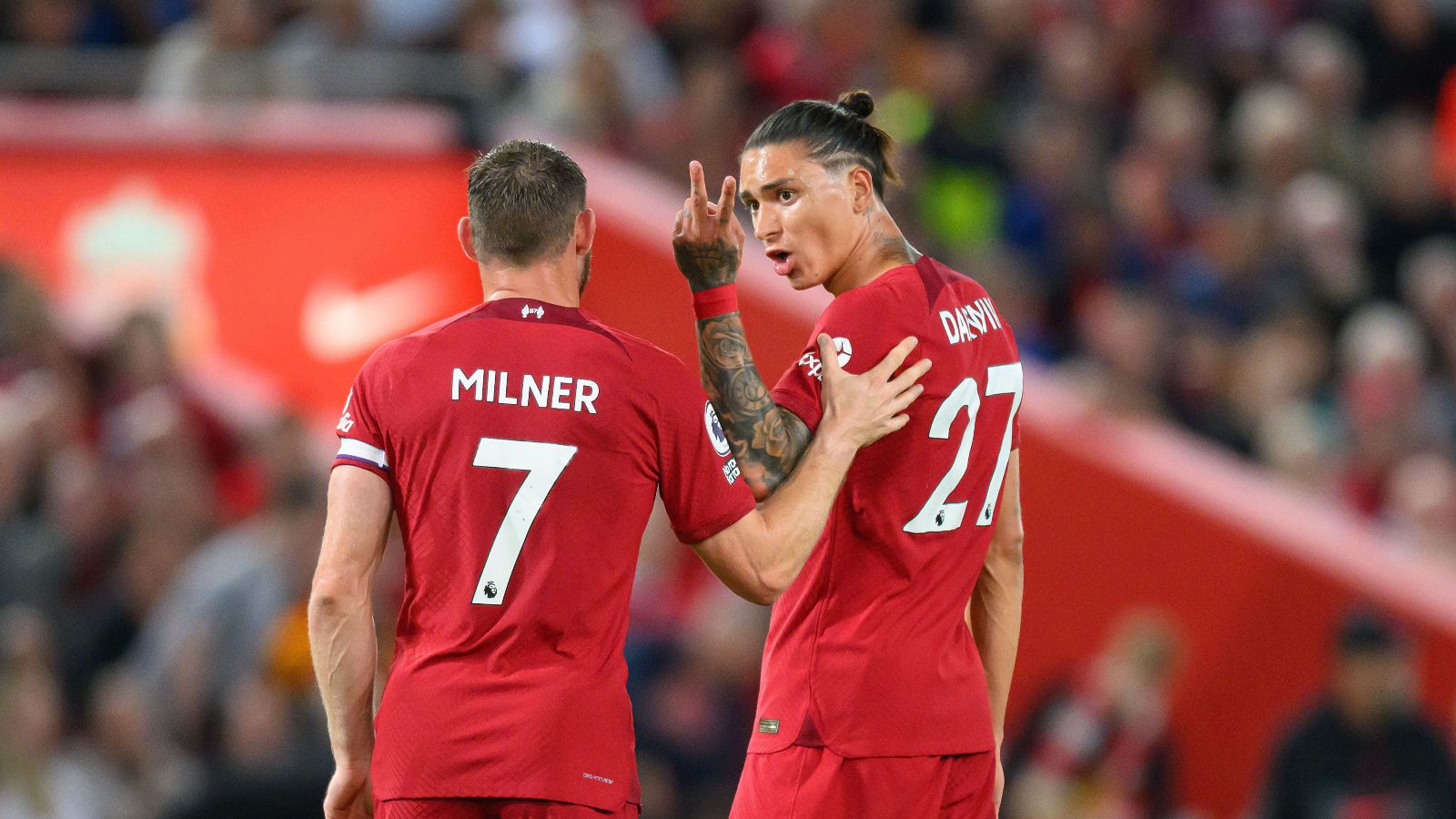 Jurgen Klopp has acknowledged that Darwin Nunez will need to learn from his “mistake” after he was sent off during Liverpool’s draw against Crystal Palace.

Nunez made his full home debut for Liverpool on Monday night. With the hosts trailing 1-0, the forward was sent off in the second half following his headbutt on Joachim Anderson.

Klopp recognised there was provocation but he thinks there was no excuse for Nunez’s reaction. The three games he will miss are against Man Utd, AFC Bournemouth and Newcastle United.

“Of course, I will speak with him,” said the manager.

Liverpool actually improved when they went down to 10 men and a brilliant goal from Luis Diaz, waltzing past five players before firing home from 25 yards to equaliser Wilfried Zaha’s first-half breakaway goal, salvaged a point.

But they could have done without Nunez’s enforced absence for the next couple of weeks as the injury crisis continues to grow with Joel Matip and Roberto Firmino missing against Palace and Joe Gomez on the bench as he was not fit to play a full match.

With midfielders Thiago Alcantara, Curtis Jones and Alex Oxlade-Chamberlain, defenders Ibrahima Konate and Calvin Ramsay and forward Diogo Jota and back-up goalkeeper Caoimhin Kelleher all unavailable, the last thing Klopp needed was an unnecessary suspension to add to the list.

Palace boss Patrick Vieira was satisfied with a draw, having had just 27 per cent possession and three shots on target.

“Of course I’m pleased with the point but even more with the quality that we showed today. We showed sides of the game that we need to show more often.”