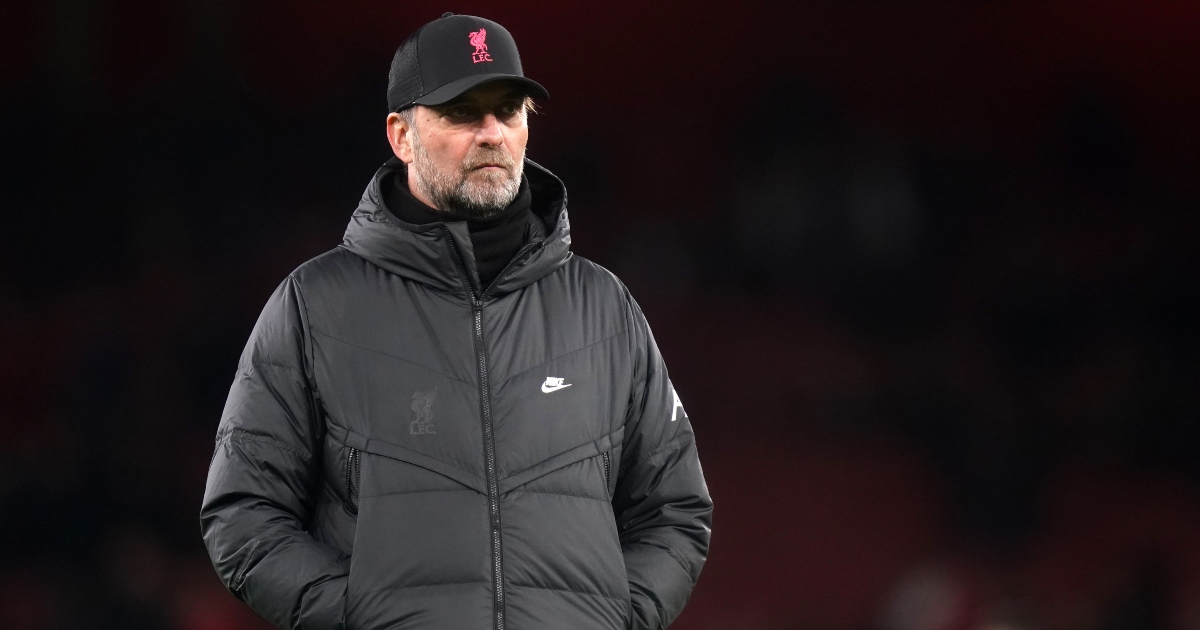 Liverpool manager Jurgen Klopp has revealed when he expects youngster Harvey Elliott to be available again before admitting he is expecting a tough fixture when they travel to Crystal Palace on Sunday.

Elliott hasn’t played since suffering a fractured ankle against Leeds in September but returned to first-team training this week as he looks to make he return.

Klopp has admitted he won’t rush back the midfielder into action but is expecting him to be available after the international break at the start of February.

“It’s outstanding to have him back. He’s an outstanding boy. He was out for a long time so we cannot rush it, but he looked directly like he could play!” said Klopp.

“I’m pretty sure after the international break he should be ready.”

Liverpool travel to Selhurst park on Sunday on the back of reaching the Carabao Cup final with a 2-0 win over Arsenal at the Emirates Stadium.

Klopp is hoping to take the momentum from that victory as they head into the clash with Patrick Vieira’s side.

“Last night the boys were flying – music loud, those kind of things. That’s how it should be.

“I’m really happy about that. We feel good in this moment but we have to create a different mood until Sunday because Crystal Palace do not give out presents.

“We have to be greedy and have to be aggressive again and fight with all we have. That is what I am concerned about not keeping this feeling until the final.”

Klopp’s side have fond memories of going to palace after demolishing them 7-0 last season when they were managed by Roy Hodgson.

Despite the thumping win last season, Klopp was keen to play down claims they can repeat it this weekend, admitting Palace have improved under Vieira.

“That was a one off. These days happen, it’s a freak of nature and it doesn’t happen usually. That day was incredible. Every shot we hit [went in].

“We don’t expect that. They’ve changed and improved. They look like a really stable team now.

“System wise they have not changed too much. It’s a really good Premier League team with a few really unlucky results I would say. We expect a really tough game.”

In a slight bit of worrying news on the injury front, Klopp admitted Joel Matip isn’t 100% after he was substituted at half-time against Arsenal.

“We thought something was not completely 100% right. We had Ibou [Konate] and Gomez on the bench so we made the change.”

In better news, Alex Oxlade-Chamberlain is back in training after missing the Arsenal tie with an ankle knock he picked up against Brentford last weekend.