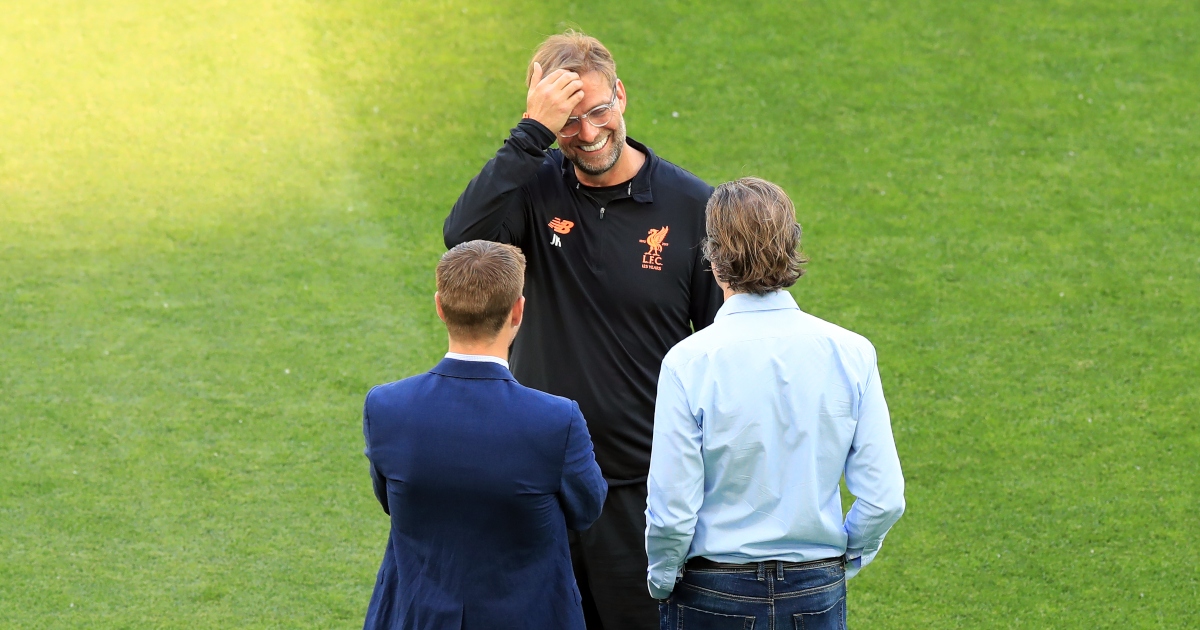 Liverpool manager Jurgen Klopp has revealed he would have liked to have had the chance to manage club legend Steven Gerrard.

Gerrard spent the vast majority of his career at Anfield before departing to join LA Galaxy in the MLS in the summer of 2015, just months before Klopp took over from Brendan Rodgers.

Klopp, who celebrates six years at the club this week, has revealed that Gerrard would be the one ex-Red he would have loved to have been given the chance to coach.

Speaking to This is Anfield, when asked one player from the history of football, any period prior to his management he would like to have coached, the German answered: “That’s easy. It’s Stevie.

“When we played in Sydney three or four years ago and after the season we didn’t have a proper team and we invited McManaman, Agger, Jamie Carragher and Stevie.

“To be honest, I knew Liverpool and I saw him playing, of course, but a little bit advanced age group wise but they were all really good. But Stevie, what a player he still was then! I think he was already retired but maybe a youth coach here. Incredible.

“Stevie and me together in the roles, he as the man on the pitch and me as a coach that would have been nice. So it’s Stevie.

“Six years ago it would have been a different answer but now I’m here and I know him as a person and as a player so that’s now an easy answer.”

Gerrard has been in the news recently as a result of the takeover of Newcastle United, as it looks increasingly likely that the club will replace current manager Steve Bruce.

Gerrard has been one of a number of names touted for the role, however, this is just speculation at present.

The 41-year-old is currently in Scotland managing Rangers who he led to the Scottish league title last season.

Gerrard has always been tipped to be Klopp’s successor at Liverpool despite the German having over two-and-a-half years left on his current contract.