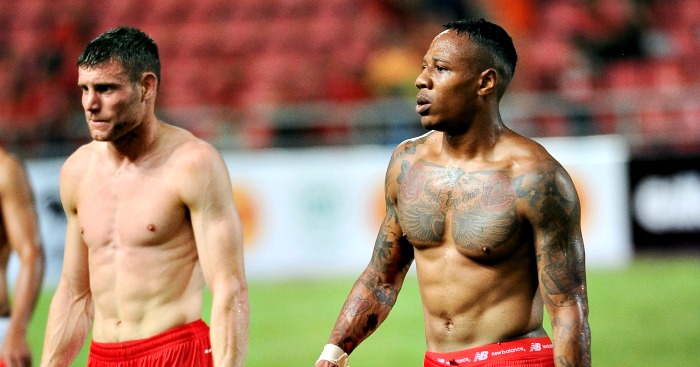 Jurgen Klopp has issued an update on the injuries suffered by four members of his first-team squad, including Nathaniel Clyne and James Milner.

Milner will not return to full training until Liverpool return to England in August, while Clyne is suffering with a back problem.

Goalkeepers Loris Karius and Danny Ward both also have knocks.

“It was clear from the first day there’s a little bit of tendon involved, so that means that it’s around 10 days,” Klopp said of Milner when speaking to the club’s official website.

“That means he will do his rehab here in Germany and then should be fit again when we’re at home. With injuries, you can’t be sure but it shouldn’t be much longer.”

“Loris and Danny, I am not 100 per cent sure [when they will be back]. Wardy is not too serious but it always takes its time, we will see how long it takes.

“Loris should be in tomorrow or the day after tomorrow at the latest, then we will have him back but it’s not too cool for the boys.”

“This is maybe the longest Clyney has been out with a little bit of [an issue with] the back. We have to wait, time is running and we need Clyney of course.”