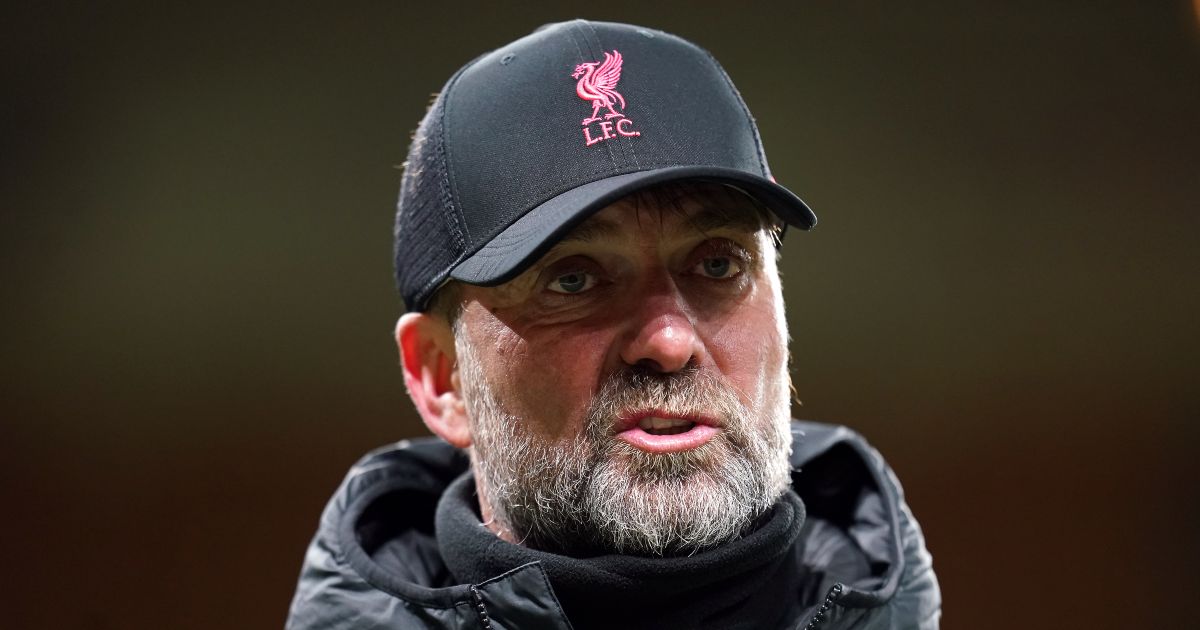 Liverpool have recorded three new positive Covid-19 cases but manager Jurgen Klopp believes Sunday’s Premier League game at Chelsea is not yet close to being called off.

The Reds boss declined to name the trio as they were still awaiting PCR test confirmations but in training pictures released by the club yesterday notable absentees from the group included goalkeeper Alisson Becker and Roberto Firmino.

“We have three new Covid cases in the team and a few more in the staff so it’s not so cool at the moment,” said Klopp.

“I’m not able to say who it is because we have to do the whole process, get a proper PCR, but you will see the day after tomorrow on the team sheet it will be pretty clear who is affected or infected.

“We never had this proper outbreak where 15 to 20 players had it. For us it is every day, another one, stuff happens more and more often.

“It’s like a lottery in the morning, waiting for the result. It is pretty much day-by-day, always one case, then another one.

“We have to wait as the boys are not in yet. In this moment (we will) probably not (ask for a postponement) but we don’t know how it will look in a few hours.”

In addition to the three Covid cases, Takumi Minamino and Thiago Alcantara will miss the trip to Chelsea on Sunday.

“Taki is probably closer (to fitness). Taki is running outside, Thiago not yet,” added Liverpool boss Klopp.

“For him it will take a little longer, it is a hip issue but we don’t have an idea where it’s coming from so we have to be patient with that.”

On the title race, Klopp added: “You cannot win the league properly in the winter. It’s unlikely but what City have now is a gap, they deserve it, but let’s just give it a go. Only one team can be champions. A decisive moment in April, you have to be close enough then. So many games to play, oh my God.”