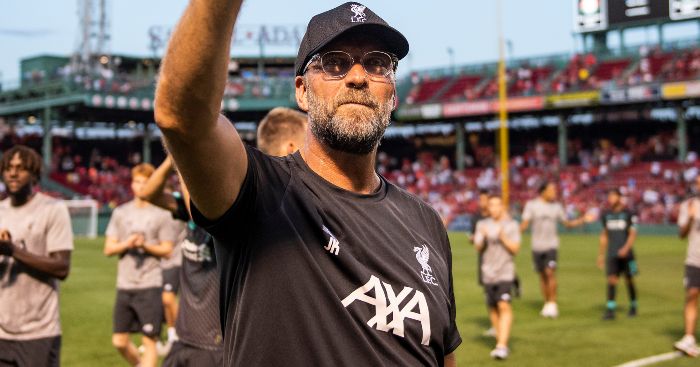 Jurgen Klopp has reiterated that it will not be the biggest transfer window for Liverpool amid reports they could swoop for Nicolas Pepe among others.

It has been suggested recently that Pepe favours a move to either Liverpool and Lille’s president claimed yesterday that a deal that would see him leave the club was “almost done” – although his destination is unknown.

There have been rumours of a return for Philipp Coutinho, while Augsburg left-back Philipp Max has also been linked.

However, Klopp will only bring someone in if he believes it will make his current squad “even better”.

“We are still looking, but it will not be the (biggest) transfer window of LFC,” Klopp told the Liverpool Echo.

“It just will be a transfer window. We will see what we do, and if we haven’t done anything by the end it will be for different reasons.

“It’s about using this team. In the transfer window, you have to build a team that you think you want to go into the season with. But I have that team already.

“If we can bring somebody else in that makes it even better, we will see. But if not, this team is already there. And again we will have to find solutions at different moments.”