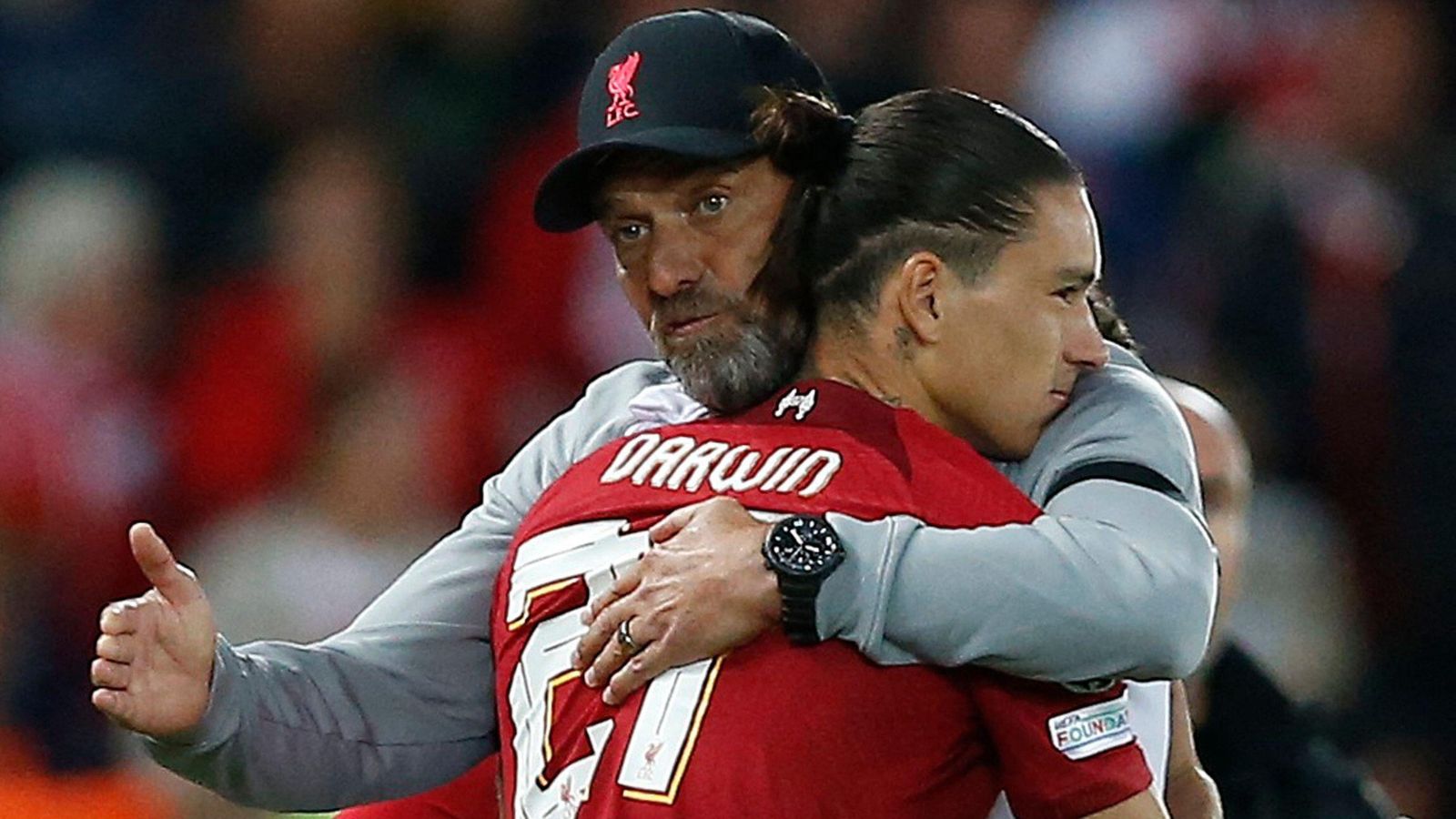 Liverpool manager Jurgen Klopp has sought to reassure summer signing Darwin Nunez there are no worries about his contribution or form.

The Uruguay international arrived in June for an initial £64million fee – which could rise to a club-record £85m – but the start of his Anfield career has not gone to plan.

Nunez scored in his first two appearances before being sent off against Crystal Palace in mid-August and on his return from suspension he has drawn a blank in four appearances, the last three of which have come as a substitute.

But Klopp and his coaching staff have moved to reassure Nunez.

“Only yesterday we had a long talk – with Pep Lijnders (assistant manager) because my Portuguese is still not better – and we just told him we are really calm,” said Klopp.

“It’s really important in our situation that he isn’t looking like he is worrying or whatever.

“The team is not flying, and that makes it not easier for a striker, especially not for a finisher.

“It’s not that we aren’t creating chances, but it’s not like everything is clicking and we put in one player and he finishes our situation off.

“That’s not our situation at the moment as much as I wish it would be. That’s all.”

Left-back Kostas Tsimikas, currently deputising for the injured Andy Robertson, has also found it a difficult time to come into the side.

He made only his third start of the season in Saturday’s 3-3 draw against Brighton but was also affected by the lack of confidence which is currently affecting the side.

“I will not find excuses, we have got good players and we have to be focused 100 per cent for every challenge we face,” he said.

“It is a bad moment. It is not a tactical issue or something because we do exactly the same thing like the previous years, with the same players.

“It’s not possible that everybody forgets the tactics and game plan of the manager.

“How we play is the same, like the last years. Obviously last year we had the same structure, the same tactic and we went through in every competition.

“We won the two cups and we lost the Premier League by one point and we went to the final of the Champions League.”