Home All The News Klopp reveals message to Salah: ‘You are not Rondon’ 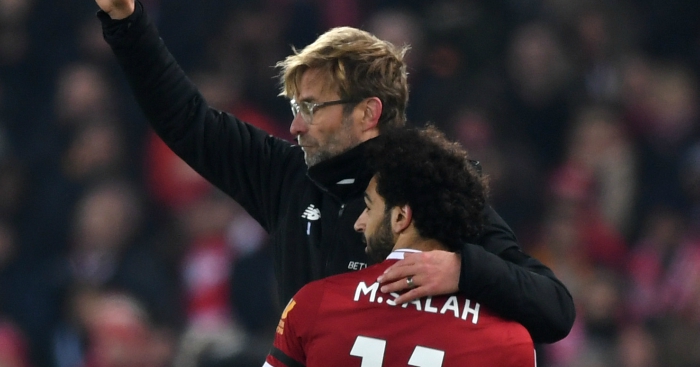 Jurgen Klopp told Mohamed Salah that he was not Salomon Rondon before the Liverpool forward broke the record for most goals scored in a 38-game Premier League season.

Salah netted his 32nd league goal of the campaign – and 44th overall – in the 4-0 victory over Brighton.

Only Andy Cole and Alan Shearer (both 34) have ever scored more in a single season, with both of their tallies coming in 42-game campaigns.

Klopp hailed his summer signing after the Brighton win, which secured Champions League football for next season.

“We all can imagine how it would be if everybody tells you every day how brilliant you are and they not only say you are brilliant, they give you an Oscar – an award for this, award for that, award for getting out of the car without an accident! So it’s really difficult to stay focused and he is focused.

“The game today, for him as well, didn’t start well. I said to him ‘you are not Rondon, you are not other central strikers, you cannot always try to wrestle with the opponent, you need to move’ and he did that and then he is really difficult to defend.

“He has played this season, which is outstanding, but he is young enough and has enough potential to improve – that’s really good news for all of us and for him as well. There is still work to do and I’m really happy about that.”