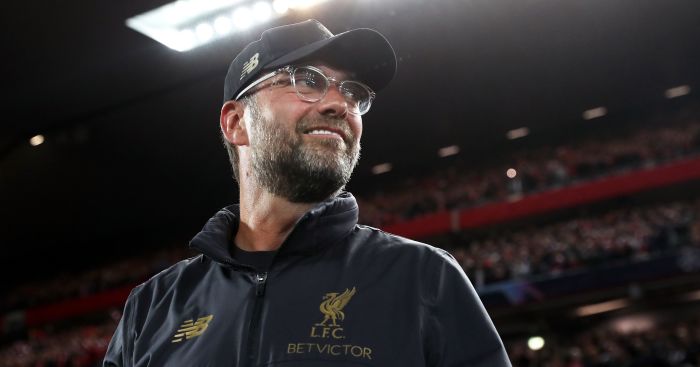 Jurgen Klopp has revealed the one key word he stressed to his Liverpool players at their first squad meeting.

Liverpool would finish eighth in his first season in charge, but reached both the League Cup and Europa League finals – both losing efforts.

He has opened up on his lack of silverware at the club, while also revealing his first message to his players.

“You don’t want to give too much information, because it’s like you’re filling a glass with a bucket and that doesn’t work very well,” he told JOE.

“I remember I wrote in big letters on a paper the word ‘TEAM’ and I said that is what I want us to be.

“I said ‘T’ is for terrible to play against – I had not a better word unfortunately… I don’t know if I have a better one now. ‘E’ for enthusiastic. ‘A’ for ambitious. ‘M’ for mentally-strong machines.

“Sometimes, we are exactly that! We can be terrible opponents to face, we have this kind of excited – a bit crazy if you want – style with organisation.

“We are for sure very enthusiastic and very ambitious and we have become stronger and stronger mentality-wise. Pretty much all of my players work like machines too, so I have actually what I wanted.”