Jurgen Klopp will no longer speak with The Sun because they published a story about Dejan Lovren. 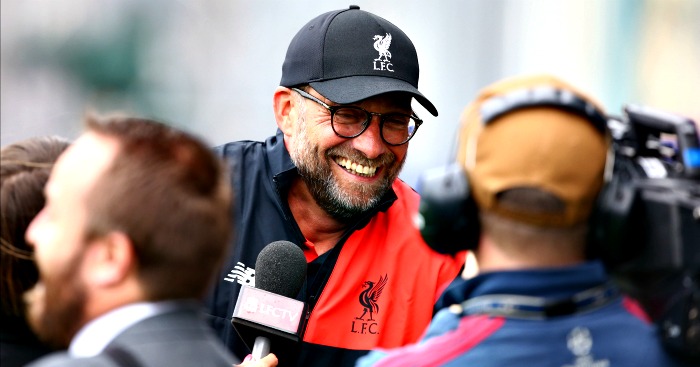 Jurgen Klopp has explained that he will no longer speak to The Sun because some things “should remain private”.

Klopp refused to answer a question from a Sun journalist on Saturday evening after Liverpool thrashed Barcelona 4-0 at Wembley.

Merseyside has a tumultuous relationship with the publication since its despicable coverage of the Hillsborough disaster in 1989, and the newspaper has been boycotted ever since by the city.

“It’s not because I’m with Liverpool now. It’s because of a few things that will happen in the next few days or few weeks, I don’t know.”

It has now been revealed that the German’s refusal to speak with the paper concerns their reporting of a story involving Dejan Lovren at the weekend.

The Sun on Sunday ran an exclusive reporting that Lovren had missed Croatia’s Euro 2016 campaign because his wife had engaged in an affair.

Unhappy with the coverage, Klopp has now refused to speak with The Sun for an indefinite period of time.

“I think that in life – no matter how much of a public figure the person is – there are things which should remain private,” he said after the friendly defeat to Mainz on Sunday.

“Sometimes things must have consequences.

“I thought to myself, there are eight million newspapers, so what if I don’t speak to some…”