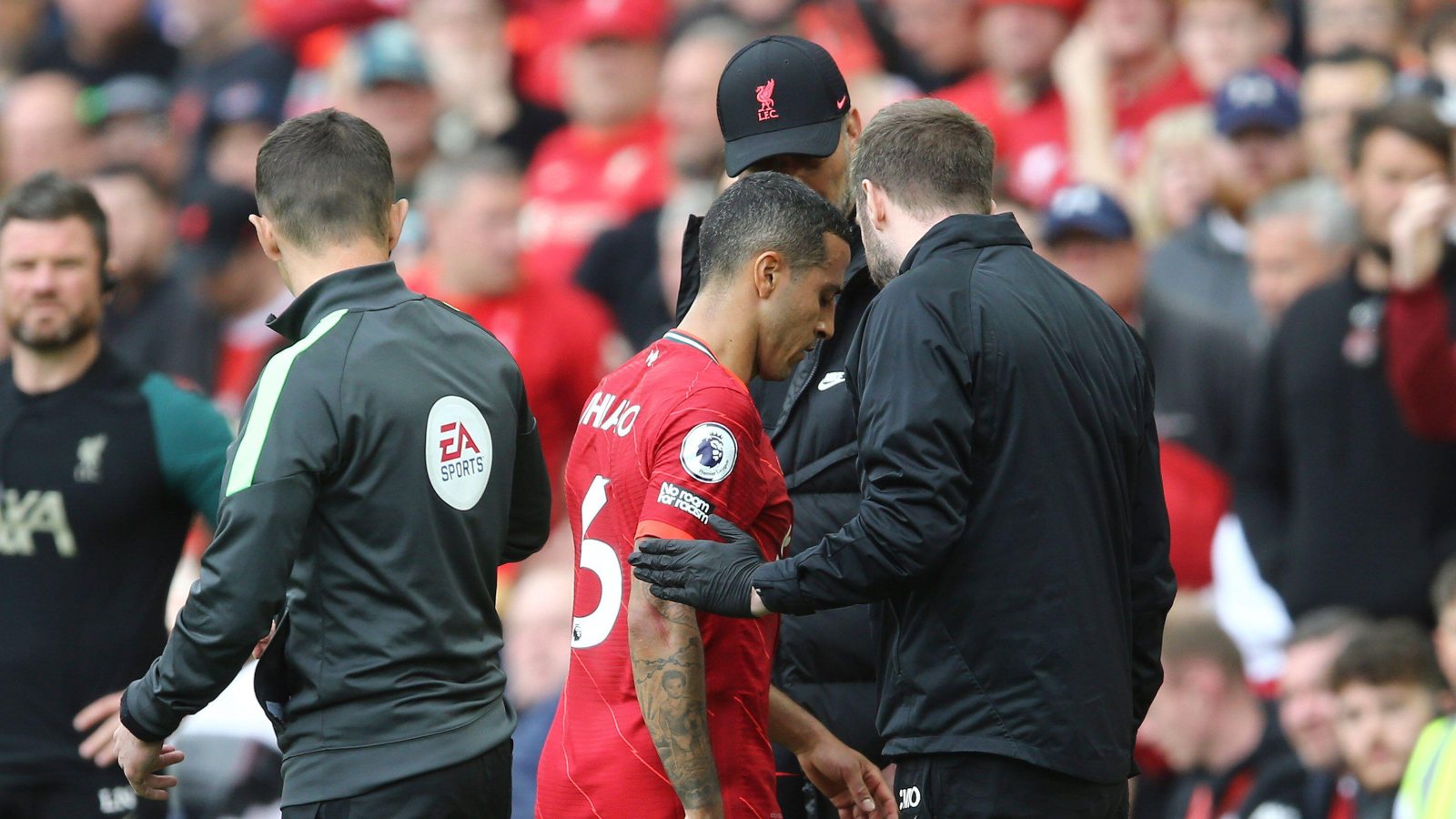 Liverpool midfielder Thiago Alcantara could yet be fit for the Champions League final against Real Madrid on Saturday, despite missing training.

The playmaker appeared a major doubt after being forced out of Sunday’s final Premier League game against Wolves at half-time with an Achilles injury.

The 31-year-old also failed to appear as the Reds held a training session in front of media on Wednesday but manager Jurgen Klopp later delivered a positive update on the Spaniard’s fitness.

Klopp said at a press conference: “There is a good chance. He will train this afternoon. He did do some stuff this morning but it was not planned that he would be doing this (open) session with the players.

“At the moment it looks like he can be part of training tomorrow. That would be really helpful.

“It’s surprisingly good. After the game I was not really positive about it but we got news that night that it doesn’t look that bad. We will see.”

In further good news for Liverpool ahead of the showpiece clash in Paris, midfielder Fabinho and defender Joe Gomez were both involved in training.

Fabinho has missed the last three matches, including the FA Cup final, with a hamstring problem whilst Gomez suffered an ankle injury in the penultimate Premier League game against Southampton.

In yet more good news for Liverpool, Mohamed Salah has revealed he will remain at the club next season, regardless of whether he sings a new deal this summer.

Speaking ahead of the Champions League final against Real Madrid, the Premier League Golden Boot winner said: “I don’t focus on my contract at the moment, I don’t want to be selfish at all.